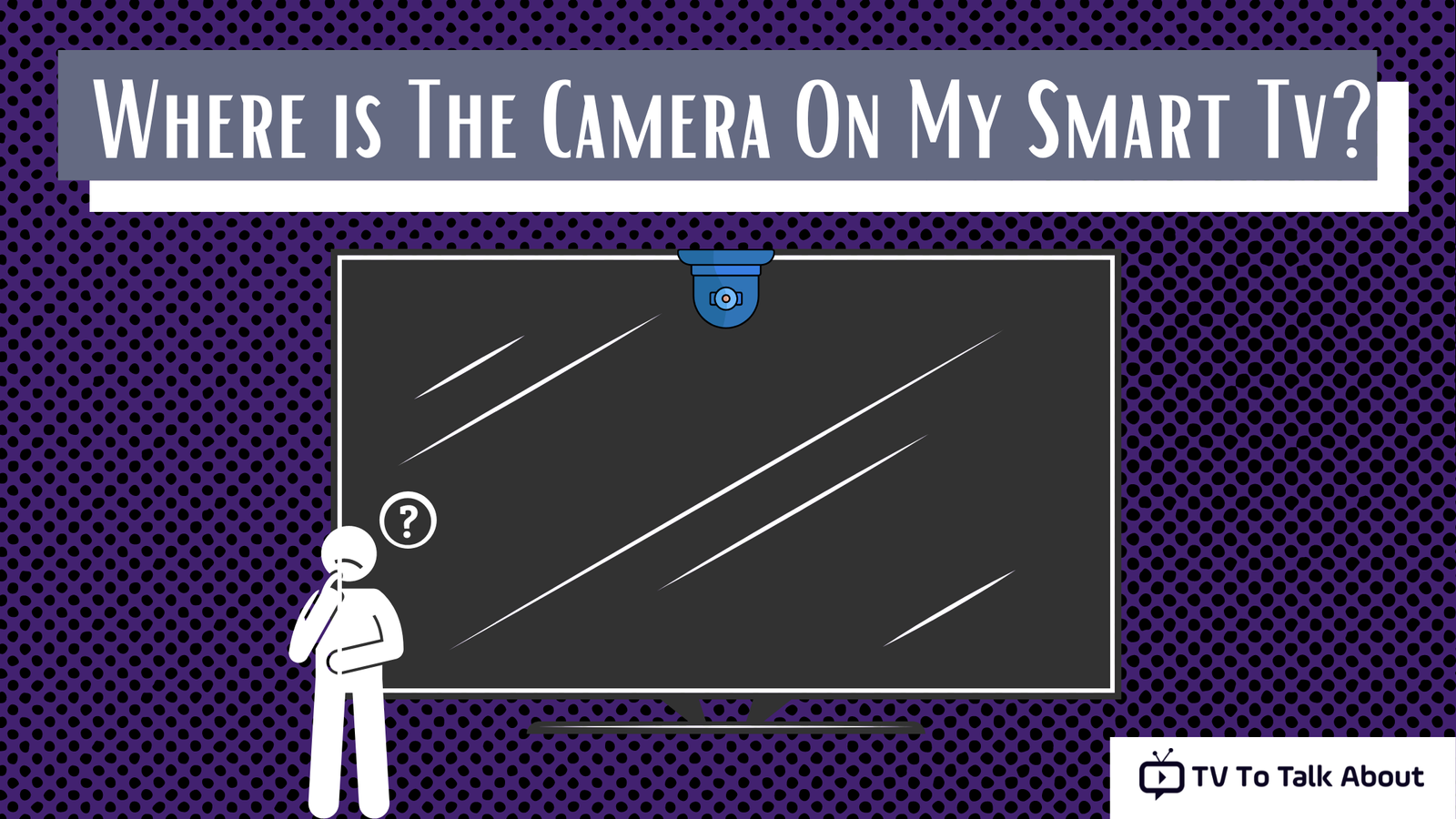 Manufacturers of Smart TVs keep introducing impressive peripherals on television to increase the overall functionality and features of the television. This is done to give users a more prolific experience when using their Smart TVs.

You might be wondering what the purpose of having an inbuilt camera in a Smart TV is. We’ll answer that in this article. In addition, many users don’t know where the camera on their Smart TV is located. If you’re one of them, you might have searched your device’s entire body, but still can’t find where the inbuilt camera is located. We will address all of these curiosities in this article.

Firstly, let’s quickly highlight some of the purposes of having an inbuilt camera on a Smart TV.

A Smart TV is such that it can be connected to the internet and can run some 3rd party applications on it. This gives users more mobile-related functionalities on the device. In addition, you can use an inbuilt camera to make video calls on the television.

Once the television is connected to the internet, you can use the inbuilt camera for video calls. For example, you can use it to make a video call on Skype, Messenger, or Hangout.

Artificial intelligence has dramatically improved in recent times. Gesture control allows user to control their device without making physical contact. The system is built to use the inbuilt camera to control the television by merely making gestures.

The control can identify the gestures and interpret them into commands which the television will carry out.

How To Find The Camera on a Smart Tvs

The manufacturers of these Smart TVs understand that the inbuilt camera on this device is not for show, and they are not like every other camera attached to other devices. Instead, these cameras are a security apparatus to ensure a valuable user experience on the television.

Where To Find Camera in Samsung Smart Tv

Not all Samsung Smart TVs are designed with an inbuilt camera. However, if you find one, some cameras are always located at the center of the television. Also, you can retract most of the cameras.

When the camera is not in use, you should keep it retracted from the television for privacy purposes. This is because your privacy is top-notch and must be protected at all times.

Where To Find Camera in LG Smart Tv

It is important to note that not all LG Smart TVs are designed with an inbuilt camera. For those that are built with one, most of them are retractable cameras. Therefore, they can only be seen when there is a use for them, and when they are not in use, they can be kept safe.

The reason manufacturers made the camera a retractable one is to ensure that users’ privacy is kept away from the prying eyes of internet users. You must ensure you keep the camera retracted when it is not in use. That’s the best way to ensure that you are not televising your home to the internet community.

Where To Find Camera in Vizio Smart Tv

The manufacturers of Vizio television have not started building Smart TVs with an inbuilt camera. However, the company has a diverse webcam collection you can use on the television.

Where To Find Camera on Sony Smart TV

How To Turn Off Camera on Smart TV

One of the ways a Smart TV can be tracked is through the inbuilt cameras. This explains why manufacturers advise that if your television’s built-in camera is retractable, you should keep it retracted and only open it when you want to use it.

Locate the advertising, click on Limit Ad Tracking, scroll to the camera and microphone accessibility and switch it off.

1 thought on “Where is The Camera On My Smart Tv?”

How To Fix HDMI Port Not Working On TV

3 Ways To Get Peacock on Your Smart TV