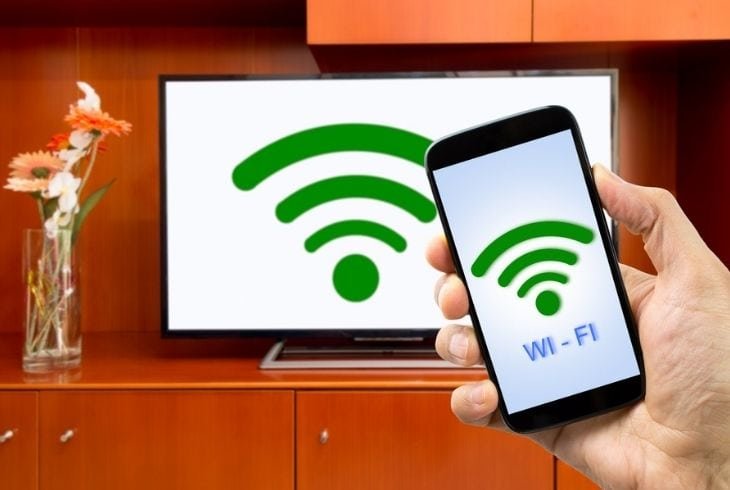 Without an internet connection, a Samsung smart TV isn’t very smart. Just when you thought your Smart TV could never get any smarter, you find out that it has internet access. You can search for information online, download apps, stream your favorite shows, and so much more if you connect your Samsung TV to a wired network.

Once a WIFI connection has been established, you can easily browse the internet, stream your favorite entertainment, and play online games from your Samsung Smart TV. You may also enable internet services such as Netflix and HULU to be accessed through the television set.

How to Connect Samsung TV to WiFi

Now that you’ve set up your Samsung TV, it’s time to connect it to the internet. When your TV is connected, you can stream videos and watch them on a larger screen, just like you would on your phone.

Wi-Fi is the most convenient and smooth way to access the internet on your Samsung TV.

Follow the steps below to connect to a Wi-Fi network:

How To Connect Samsung TV to WiFi Without Adapter

You won’t have to manually do anything with this method because Samsung TV will automatically connect to your Wi-Fi network. You must be sure that your router has a “WPS” button for this explanation to work.

Samsung TVs have a lot of connectivity issues. Many reports have lately been received from users who are unable to connect their Samsung TV to a WiFi network.

Why is my Samsung TV not connecting to Wi-Fi?

According to our analysis, the problem’s cause isn’t certain, and it could be caused by a variety of factors. The following are a few of the factors:

1. DNS Settings:
The DNS settings on some TVs are incorrect, resulting in a conflict between the TV and the router while attempting to connect to the internet. For the internet to connect successfully, the user must adjust the settings manually.

3. Mac Address Block:
Every device that connects to the Wifi router does so using a unique address. The user or the ISP may occasionally prohibit that address from connecting to the Wifi router. If this is the case, until the ISP lifts the ban, the TV will no longer be able to connect to that Wifi router.

4. General bug:
There have been numerous reports of a general bug with the Samsung Smart TV software in which the network settings are corrupted and must be reset for the connection to work properly if the TV is shut off through the remote for more than 10 to 15 minutes.

We’ll move on to the remedies now that you have a fundamental knowledge of the nature of the problem.

To avoid any disputes, it is recommended that you test these options in the order in which they are presented.

1. Restart the TV
If the TV is turned off through the remote for more than 15 minutes, the network settings can become corrupted owing to a fault with Samsung TVs. As a result, we’ll oddly restart the TV in this phase, which will reset certain settings. As a result:

2. Switch on the television as usual and leave it on for about 5 minutes
Instead of using the remote control to switch it off, simply unplug the cable from the wall.
Restart it once at least 20 minutes have passed.
If it prompts you for a password, type it in and see if the problem still exists.

3. Reboot the Internet
It’s also conceivable that the internet is having problems, and the Wifi service isn’t working properly, or that the router’s DNS settings are preventing the television from accessing the internet. As a result, we’ll power-cycle the Internet Router in this phase.

4. Turn off the Internet Router’s power
Before turning the power back on, let it sit for at least 10 minutes.
Wait for the Router to load the internet settings, then connect the TV to the Wifi and see if the problem persists.

5. Changing Your Internet Provider
If the Internet Router has restricted the Mac address of the Television, you will not be able to connect to the router’s Wifi connection. As a result, we’ll check to verify if that’s the case in this step. As a result:

Can I Connect Samsung Smart TV to WiFi Without an Adapter?

A Samsung WiFi LAN adapter can be used if your Samsung TV does not have a built-in WiFi card.

How do I reset my Wi-Fi on my Samsung TV?

Resetting the Smart Hub on a Samsung TV will reset the network settings. Go to Tools > Settings > Reset after launching Smart Hub. You’ll be asked for a password by the television. Enter the Samsung default password, which is 0000, if you haven’t created one.

Does a smart TV automatically connect to Wi-Fi?

Most Smart TVs will prompt you to connect to Wi-Fi when they’re first set up, or you can look for the Wi-Fi option in your TV’s settings.

We hope that this article has helped you figure out how to fix Samsung TV internet or wifi connection issues so you can get back to watching your favorite shows and making use of other great Smart TV features.

If you want to know more, take a look at our guide on how to scan channels on a Samsung TV.

What Programs Are On HBO Max?

How to Charge Apple TV Remote