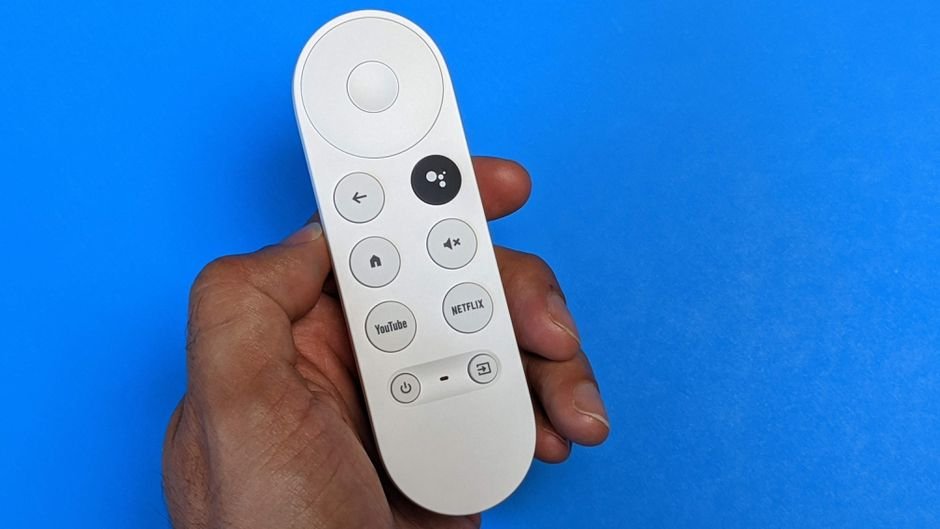 Google TV Remote Not Working? Let’s see how to fix that. Google TV, which works with Chromecast, was recently released, and there have been numerous advancements and announcements for Google TV devices.

However, many customers report that their Google TV Remote isn’t working. The problem begins after successfully pairing the Chromecast with the Google TV control. The remote works properly at first after being set up, but after an update, it stops working. The upgrade fails, and the Google remote become stuck.

The latest Chromecast is a huge improvement over its predecessors. Chromecast provides up to 1080p resolution and is compatible with both 2.4GHz and 5.0GHz wireless networks.

One thing we can all agree on is that despite these features, pairing a Google remote can quickly turn into a nightmare! Google should definitely do better for given how huge they are.

Some common issues you might experience with the Google TV remote include:

The most straightforward approach to fix a Google TV remote that isn’t working is to remove the battery and replace it. This will restart the remote, and it should then function normally.

Note: If you have multiple Google remotes, you might need to remove the batteries from all of them.

You can choose to ignore the Google update and later update to a newer version. Although it’s advisable that you always install the latest updates.

1. Use the app to Fix the Google Remote

From the Google Play Store, get the Android Remote Control app. Connect to the Chromecast, browse settings, and uninstall the remote using the phone remote app.

Now Press the home and back buttons on the remote together until the pairing mode light appears on the bottom.

Removing and fixing the remote is a simple way to solve the problem. Follow the steps below to get started:

Your TV will play a chime tune if your Chromecast can’t find the Remote. The Chromecast and Voice Remote are unable to pair, as shown by this beep. Another thing to check is whether the batteries are correctly placed or not dead.

Chromecast Voice Remotes have an LED light below the power and input buttons. This light tells you about the status of your remote. There are two possible reasons why your Google remote light is pulsing:

To fix this issue:

There are a few fixes you can try for this:

If you don’t follow this exact sequence your Google remote wouldn’t pair.

If the above steps do not work, try the procedure below. You will not lose your data if you factory reset your Chromecast with Google TV, but you will have to start over from the beginning.

Other Solutions to Try to Fix Your Google Remote

The Google Store, Replacement offers voice remotes for Chromecast with Google TV in various colours, and one can be purchased for cheap and delivered in a few days.

The new remote should pair with your Chromecast instantly. If it doesn’t, you may force it into pairing mode by holding down the “Home” and “Back” buttons simultaneously.

If, however, you can’t wait for a new remote to arrive, you may use the Android TV Remote Control app to control your Chromecast from your phone or tablet.

Using the Google Cast protocol, you may also use a wireless gamepad like the Xbox or PlayStation controller as a remote and cast content directly from your phone, tablet, or laptop.

While you wait for your replacement Voice Remote to arrive, you can use the official Android TV Remote Control app to control your Chromecast.

It includes a D-pad, a Google Assistant button for voice commands, and volume controls via your phone’s physical volume buttons, just like a traditional Voice Remote.

You may also type from the Remote Control app, making it a little easier to find shows and movies.

9. Cast From Your Phone, Tablet, or Computer

When all else fails, you may use Google TV to send videos from your smartphone directly to your Chromecast. Casting is simple, takes only a few seconds, and works on Android, iOS, or Chrome browser-enabled devices.

Casting also doesn’t require any other apps, which is convenient if you’re in a hurry.

To use Google TV to cast material directly to your Chromecast, make sure your smartphone and Chromecast are both adequately connected to the same Wi-Fi network.

If you wish to cast from a computer;

While casting from your phone or laptop may appear cumbersome at first, it has advantages. If your Chromecast doesn’t have the Netflix app, for example, you can skip the download and log in by casting the video directly from your phone.

You can also cast your phone screen, a browser window, or photographs directly to the Chromecast—three incredible feats that are difficult to accomplish with the Voice Remote alone.

10. Connect a Gamepad to Control Your Google TV Without Remote

Try a wireless gamepad instead if you don’t want to use your phone or tablet to control your Chromecast. Your Xbox, PlayStation, or third-party game controller can connect to the Chromecast through Bluetooth and replace your lost remote. Indeed, you may prefer the gamepad over Google’s strangely designed Voice Remote.