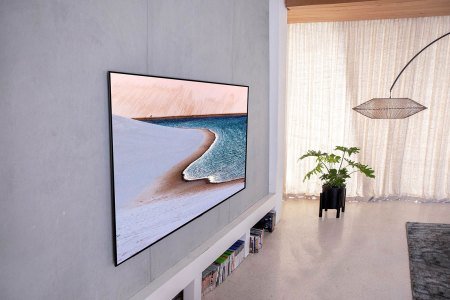 First of all, this isn’t as simple as plugging in a Blu-ray player because of the type of signals used by VCRs; they aren’t very compatible with current TVs.

Video hardware from the 1970s and 1980s typically outputs an analog signal, whereas modern TVs are designed to take digital transmissions.

A 4K TV can display almost 100 times more pixels than a VHS cassette can store, so there’s a significant difference in resolution; you won’t be able to change it, but you can deal with the signal differences.

You can convert from analog to digital signal either inside your TV or with a separate device if it has the necessary connections. This article shows you how to do both.

Composite video, which carries the entire video signal over one wire and the left and right audio channels over two separate cables, is supported by the great majority of VCRs. Looking at the back of your VCR will prove this—the three circular ports in white, red, and yellow form the composite video output.

It’s possible that your TV already has an analog video input that can connect to your VCR. Many televisions feature a legacy video connection, which can be composite or component. Check the back of your TV for three or five circular ports that match the colors of the ports on your VCR, and you’re ready to go.

If it doesn’t, don’t worry; some TVs incorporate analog video inputs into 3.5mm ports, which may be connected using a short dongle. Look for a port the size of a headphone jack called Analog, Composite, or Component in your TV’s handbook or manual.

Assuming your TV has one port, look for a short adapter with a headphone plug on one end that branches out into three cables with circular plugs or ports on each end. If you still have an adapter or cable for the component video output, there might be two adapters with a separate audio jack. You’re good to go if you have it, and the colors match those on your VCR.

You can acquire a third-party 3.5mm-to-composite adapter or cable if you can’t find the adapter. However, these adapters may be fussy, and I’ve had a lot of trouble getting them to function in the past.

Finally, if your television does not have analog video inputs, you can use a composite or component-to-HDMI converter. They’re little boxes that convert analog video signals to digital signals your modern TV can understand. The majority are low-cost, commonly available, and simple to set up.

They can also convert lower-resolution analog video signals to 720p or 1080p, but don’t expect them to improve the picture; most low-cost converters perform little to no signal processing. Even if they can, they won’t synthesize fine features from limited video data.

How to Connect VCR to Your TV

1. Depending on your VCR, find or buy a composite video (red, yellow, and white) or component video (blue, green, white, and two reds) cable.

2. Plug the colored plugs on one end of the cable into the VCR’s corresponding colored ports. When using component video, one of the red plugs will be next to the white plug, with the wires between them typically splitting at a higher point than the other plugs. This red plug should be immediately attached to the white port, and next to the green and blue ports is another red plug.

3. If your TV uses a 3.5mm input and you have the TV’s adapter, connect the 3.5mm plug to the analog video input on your TV.

4. Plug the colored plugs into the ports at the back of your TV or the analog video adapter that matches—note which red plug is closest to the white plug if you’re utilizing a component connection.

5. Change the analog video input on your TV to A/V, RCA, or Analog.

1. Depending on your VCR, you’ll need to find or buy a composite or component RCA cable. Buy an extra HDMI cable if you don’t already have one.

2. Depending on your VCR, purchase a composite-to-HDMI or component-to-HDMI adapter.

3. Plug the colored plugs on one end of the cable into the VCR’s corresponding colored ports. If you’re utilizing component video, one of the red connectors will be next to the white plug, and the wires between them will normally separate at a higher position than the other plugs. This red plug should be attached to the white port immediately. Next to the green and blue ports is another red plug.

4. Plug the colored plugs on the other end of the cable into the adapter’s corresponding ports—note which red plug is closest to the white plug if you’re utilizing a component connection.

5. Plug the HDMI cable into the adapter’s HDMI port.

6. Connect the HDMI cable’s other end to a free HDMI port on your TV.

7. Connect the adapter’s power cable to the power outlet (likely a mini USB port). You should plug the other end into a wall socket.

8. Plug the HDMI adapter into the HDMI input on your TV.

Can VCR be connected to a flat-screen TV?

Yes, in simple terms, most VCRs may be connected to most modern TVs, though you may need to purchase a cable or two. VCRs used coaxial cables for a long time. Those are the identical cords that plug into a cable or satellite box and come out of your wall.

What is Virtual Super Resolution?