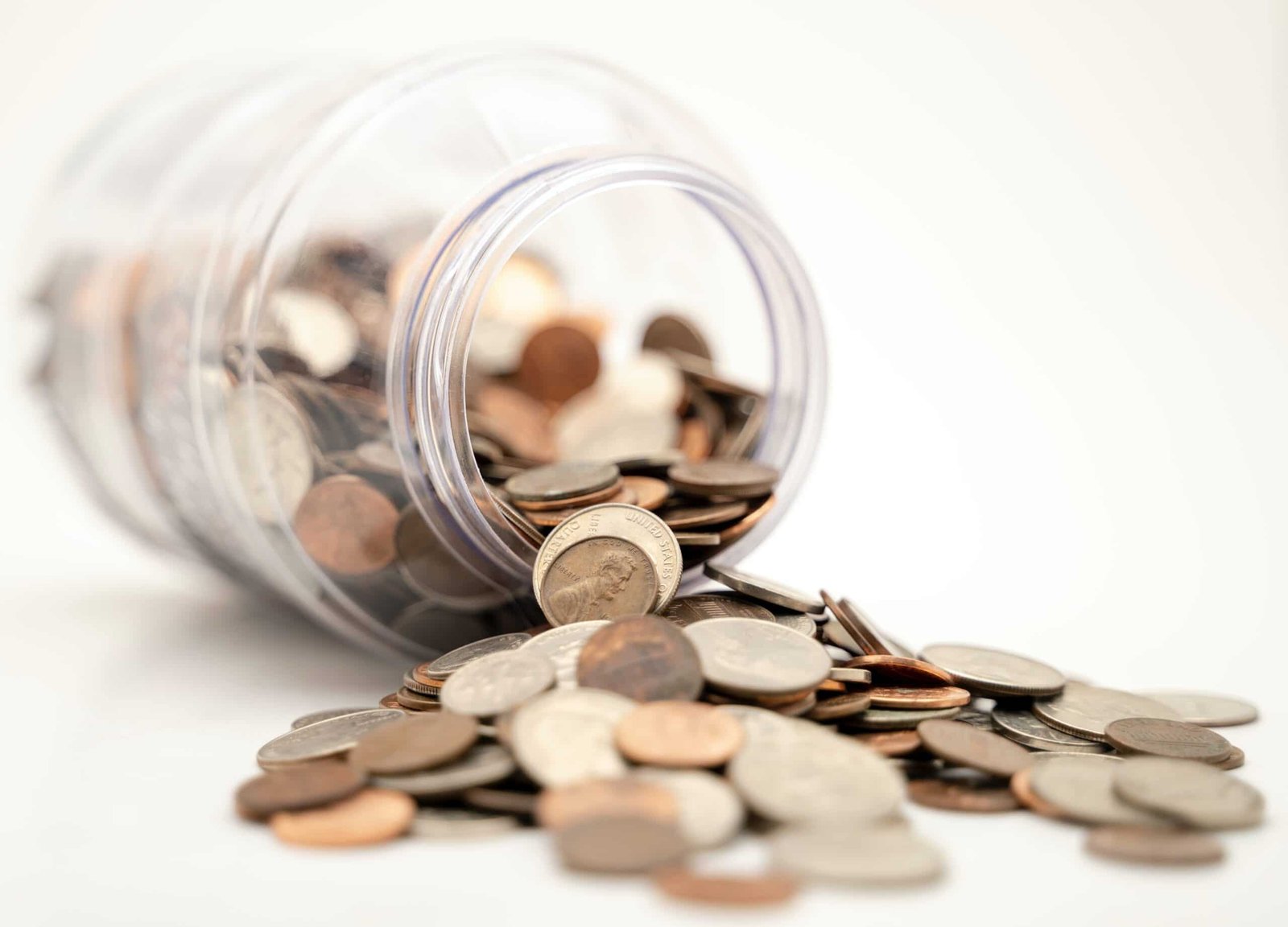 Over the years, there has been tremendous change in the entertainment industry. The way and manner we consume media has so far changed.

Unlike before the advent of TVs, where most shows were aired at the cinemas or privately using a projector, these days, you can comfortably watch your favourite shows and movies in the comfort of your home.

With this ease that comes with viewing, have you ever wondered how TV shows make money?

Yes, every business and industry is out to make money in one way or the other. The TV industry is not left out, and we will be stating ten ways TV shows make money.

The TV industry is made up of tons of programs. These programs include but are not limited to News, Movies, Live shows, Animated shows, Telenovelas, etc.

Generally, every TV stations, cable, network thrive on programs. Hence, TV networks are structured to source for shows internally and externally. Internal shows are in-house programs; they are the TV station’s original productions.

In comparison, External shows are contracted programs. In addition, the TV industry is not a one-person enterprise; it is made of people with creative minds, producers, production companies, TV networks, actors, crews, etc. Along the line, investors, agents and attorneys come into the picture.

Generally, TV shows come in either one-time productions or series. Also, these shows can be scripted or unscripted. The Scripted TV shows could be fictional or non-fictional.

For instance, comedy and drama fall under fictional scripted shows, while documentaries and NEWS are non-fictional shows. On the other hand, unscripted shows include reality shows, talk shows, game shows, talent shows, etc.

A lot of processes are involved in the creation of a TV show. Generally, it starts as an idea from a creator and is later developed into a concept. The concept is then developed into a script.

This script usually consists of characters and crew. And it is executed by a producer or production company. Once the script is pitched and accepted by a TV network, the TV station will request a pilot. A term pilot in the TV industry means the first episode.

Generally, if the show has a good rating and viewer acceptance after being aired, the show will continue to air. However, if it does, the show will be cancelled.

Over the years, TV shows have evolved to include all aspects of life. TV shows come in different angles; they could be educational, entertaining, instructional, informational, musical, etc.

Commercials are the most significant ways TV shows make money. However, to successfully make money through a commercial on a TV show, the show must have tons of viewership. Generally, the amount of viewership the TV show has will also influence the reception of the commercial/advert.

Brands and companies pay for their products and services to be aired on TV. Every TV network has its pricing to air these commercials and adverts depending on the content and duration.

In addition, the amount of viewership will convert to money for the TV station. The TV network requires enough people to watch the commercial to make money.

Unlike commercials, some TV networks use Ads to pay for TV shows. This way, they air adverts from brands/companies willing to fund their TV project.

For instance, some TV networks run on free and premium versions. Subscriber on the free version gets more targeted Ads than those on the premium version. The revenue from these Ads helps the TV network create its original TV series.

In addition, it gives room for partnership between other TV networks to stream the latest episodes of a TV show a few hours or a day after it airs on its home network.

When this happens, the TV network gets a percentage of the Ad revenue. In addition, it receives money from Ads that viewers watch during every episode of the show.

Subscription services are akin to streaming networks like Youtube, Netflix, HBO, etc. these networks charge a set monthly and yearly rate for people to use their streaming platform, thereby making money from the subscription.

The subscription to these platforms allows the streaming network to have a budget to create original shows and movies to attract more subscribers. The number of subscribers and viewership these TV networks have, in turn, convert into money.

Syndication is an agreement between a TV network and a producer/studio. It involves a TV network offering a certain amount of money to the producer or studio for the right to continuously air episodes from their show.

This is an excellent way for TV shows to make money as they have the right to fix the price for each episode. Also, they can sell this right to the highest bidder. In addition, the TV show will continue to generate money any time viewers watch the show with ads.

Investors are always available to provide funding for TV shows they deem worthy. Most times, producers approach media investors for funding. They pitch the TV show idea to the investor and include details about the budget, plot, cast, crew, and other details that might catch the investor’s attention.

In this case, the TV network and the investor make money based on agreement. In some cases, they split profit after production and the TV airs. While in other cases, the investor gets credit on the show and royalties that the show gets via the network.

Generally, investing is an excellent way for TV shows to earn money. It gives them the flexibility to expand their budget and be more sophisticated with the show’s production.

Most TV shows and series make money by selling merchandise. The most prominent merchandise most TV shows sell is T-shirts. However, some still go outside apparel. In some cases, items like TV show props, character statues and other novelties are made available to the public for a set amount.

The bidding system involves the producer of a TV shows approaching tons of Tv network with a show. Before going to these networks, the producer must have gained momentum on the proposed show and get many people talking and eager to watch it. This will get the producer an edge to get bidders and get the interest of the TV network piqued.

Since there is a lot of hype surrounding the proposed show, Tv networks do not mind spending and investing hefty to air the show.

Most times, we never want our favourite shows to end. But when they do, we can still keep our memories of hows alive by rewatching them. This is possible with DVDs. Although DVDs are gradually declining due to the advancement of technology, they are still a great way TV shows make money.

Most TV show sponsorships are targeted because the TV produce seeks out specific corporations for sponsorships. While in other cases, some corporations usually seek out the producers. A sponsorship is akin to investment. However, in sponsorship, the sponsor does not get recognition in the show aside from the credit at the end.

Generally, TV shows usually take a few sponsors to encourage healthy competition amongst sponsors. Hence, whoever offers the most money will receive sponsorship. In addition, having many sponsors on a show can be overwhelming for the viewers, hence distracting them.

Nonetheless, sponsorship is an excellent way for TV shows to make money as they will always go for the sponsor paying the most.

Crowdfunding is a relatively new way for TV shows to make money. This involves relying on donations from a large group or different groups to sponsor a show.

Generally, independent TV shows use this means to produce shows. In addition, some sites allow TV shows to crowdfunds while giving the plot of the show, the cast, crew and any other details that might interest the public. Some of these sites include Kickstarter, Indiegogo, Rockethub, etc.

Crowdfunding is an excellent money-making tool for producers as most times; the producer throws open an open budget. This way, the proposed TV show gets enough funding, and in turn, the producers get money from it.

TV shows are profitable, especially to the producers and TV networks. And there are tons of ways that TV shows make money, ads and commercials being the most prominent among them.

Other ways TV shows make money do not involve Ads and commercials since most viewers detest any form of interruption when watching their favourite shows.

This first widget will style itself automatically to highlight your favorite product.

This first widget will style itself automatically to highlight your favorite product.

Are 8k TVs Worth it?