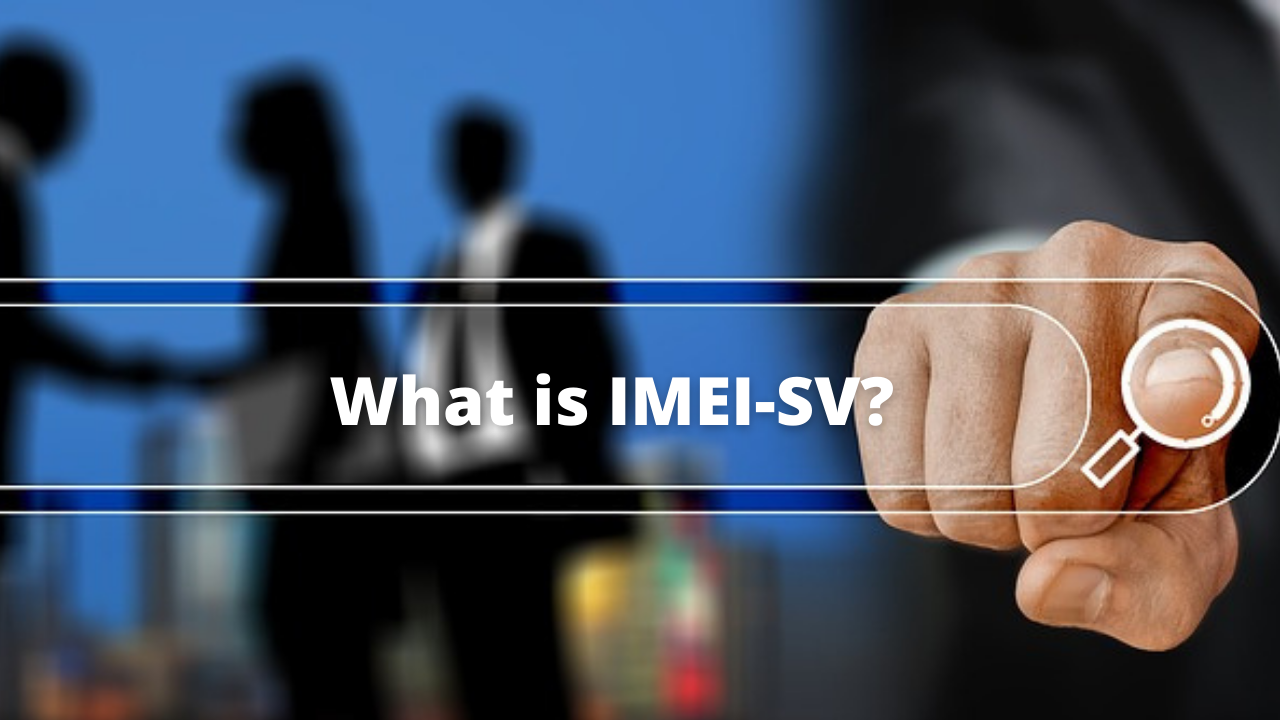 All smart gadgets come with unique codes. Most of these codes enable easy tracking of the gadget in case of theft or loss. So, it should not come as a surprise when you are scrolling through your mobile device features and come across terms like IMEI, SEID, ICCID, MSISDN, IMEI-SV, etc.

These terms might confuse most people, especially IMEI-SV, as most people are familiar with IMEI. Fortunately, the term IMEI-SV is not as complex as it appears. This article will be reviewing what IMEI-SV is, the difference between IMEI and IMEI-SV.

All mobile devices connected to a cellular network have a unique International Mobile Equipment Identity number (IMEI). Generally, an IMEI is a 15-digit long number. It features 14 digits followed by a “check” number that validates the IMEI number unique to each mobile device.

An IMEI can be likened to a serial number assigned by manufacturers to cellular devices. This means that no two mobile devices can have the same IMEI number.

You can use the IMEI number of your device to track lost or stolen devices. Its purpose doesn’t end there; manufacturers and services providers can also use it for error analysis.

You can find the IMEI of your device printed on the device’s packaging or under the battery cover (for removable batteries). Alternatively, you can dial the short code – *06# on the mobile device to check your code.

On the other hand, IMEI-SV is the number that indicates the software version of your mobile device. It is linked to the IMEI number and is only 2-digit long, or it can also be 16-digit long when combined with the other significant numbers you’ll see below.

Unlike the IMEI number, it is not permanent and can change after a software update as it is more or less helpful in identifying the software version of your mobile device.

Like the IMEI, the IMEI-SV is essential for your device’s security to ensure that your cellular device has the latest updates and features. Manufacturers use the IMEI-SV to send corresponding software versions to devices as soon as new updates are available.

You can find the IMEI-SV on the packaging of the device and in the device’s menu. The method of checking for the number differs among devices, but for most devices, all you have to do is; check for your device’s IMEI number, and the IMEI-SV will appear below it.

Differences between IMEI-SV and IMEI

The IMEI and IMEI-SV are not the same, although they sound similar but are connected somehow. They both contain identifiers of cellular devices.

The significant difference between them is their functions and composition. Let’s break down the composition of both numbers;

The TAC number is the same as that of the IMEI; Final Assembly Code (FAC) is a 2-digit extended code that indicates the location of the final production stage; SNR is a 6-digit long number that identifies mobile devices, and it is unique to each on of them.

The IMEI-SV of your cellular device indicates the software version of your device. It is 2-digit long and can change after a software update.

Unlike the IMEI number, you cannot use it to track or locate your device. It gives additional information about your device, prompts the latest updates and is essential for the security of your device, just like IMEI.

How to Scan for Channels on Samsung TV

Plasma vs LED vs LCD TV