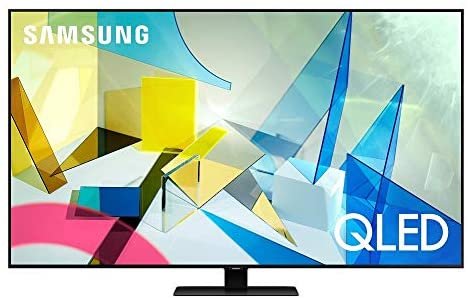 Do you have a Samsung Television set and you would like to watch your smartphone screen on your television, get in here. Samsung allows smartphone users to mirror their phone’s screen on the television to give them a more distinct viewing experience.

The screen mirroring feature of the Samsung Television is a breakthrough in technology that allows smartphone users to cast their phone screen with the television.

With this, you don’t necessarily need to download applications on your smart Samsung Television before you can use them. Apps can be downloaded on the smartphone and have them mirror on the television.

This is something that appeals to lovers of video games, you can literally play almost any game on your Samsung Television without installing the game on your TV.

How To Mirror to a Samsung TV

There are several ways to mirror your phone on the Television. We will highlight the three most effective ways to do that without stress. If you want to cast your Samsung TV, use any of the three methods listed and explained below.

For Samsung Television manufactured in 2016, the SmartThings application can automatically identify and connect to the television without stress. To cast your Samsung TV using SmartThings, follow these simple steps

Connect your phone and the television to the same WiFi connection.

Download the application from your phone app store. The SmartThings app is available on both Android and iOS devices. Ensure that you have enough space on the phone and a strong network connection to facilitate the download process.

Launch the downloaded application on your phone, wait for it to come up. Click on add device. The application will search for available devices around. If everything works out well, the app should find your television. And if not, try to check if your television is on, if it is not, turn it on.

If after doing that you still can’t find your device, you might have to restart the application or reboot your device.

Tap on Smart View. With this, your phone screen will be shown on the television. You can control the Television using your smartphone.

Visit your app store to download the Smart View application. The app is available on Android and iOS devices. Also, the application can be downloaded from the official website of the application, if you are using your PC.

Open the application and search for device. The application will show a list of available devices, identify and select your television name from the list.

Once this is done, you would see your phone screen being projected on your television. Go to your gallery and select a photo or video the test run the setup.

Note: Once you have established a connection with your Samsung Television from your phone using the Smart View app, the system will save your details just in case you want to connect some other time.

If your phone can’t screen mirror using any of the options listed earlier, you can achieve that seamlessly by using a USB-C-HDMI cable.

Pick the USB-C-HDMI cable or alternatively use the Dec cable, connect it to an adapter, the other end of the cable should be connected to your Samsung television.

The HDMI adapter should be connected to the USB port that is connected to your smartphone. Go to the notification panel, select the mirroring switch option on it.

8 Fixes For Screen Mirroring Not Working