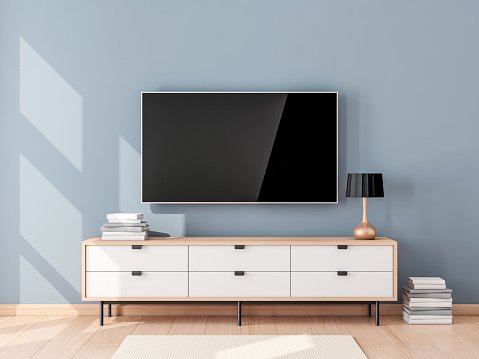 We had the advent of the telephone then the radio, after which we had more computing devices and the television. We’ve witnessed different waves of television models through the decades; mechanical TV, cable TV, black and white model TVs, 3D TV, and even the 4k TVs.

And as the screens evolved, so did their functions. It also resulted in a high ranking in capabilities, sizes, and costs. Today we will discuss the most expensive televisions we have in 2022.

The Most Expensive TVs And Why They Are Expensive

The most expensive TV in the world comes at a huge sum of $2.26 million!

An opulent item encrusted with 28 kilos of gold and 18k rose gold. Sunstone and Amethyst are the most precious stones in the Rose Edition. It also comes with alligator skin that has been hand-sewn on the inner layer, with 72 round-cut diamonds that make it sparkle in its own space.

Another fascinating tidbit is that Stuart Hughes was the business behind the world’s most expensive console, a Wii with 2,500 grams of gold and diamond buttons!

This is the largest TV screen in the world, and I bet it will cling to your memory for a while.

The screen size is 370 inches, and you might need a large building to enjoy the viewing properly. It comes with features such as a dynamic CGI aquarium that can turn into a fish tank and also comes with motion tracking and touches technology. You can read more about it. Launched right before the 2014 world cup, it can be found in the seafront hotels situated at Cannes.

If you get the chance to visit Cannes in the nearest future, it’ll do your interest a lot of good to check out one of these hotels. When correctly set up indoors or outdoors, it is a medium to enjoy up to 20 channels at a time without trouble. It projects 65 billion Colour sand. Even more interesting, it is a waterproof device.

A TV set designed by none other than Stuart Hughes. Though not as big as its other competitors, with its 55-inch display, lacking the bells and whistles as the other impressive TVs in circulation, it is clothed in a massive 18k gold, covered in diamonds, gemstones, and alligator skin.

It fits into any living room, but I sit and wonder which one would find more eye-catching; the crystal clear display of the shows on the screen or the diamonds on it? Or the receipt after the purchase, since the price is a massive $1.5 million to part with.

Click to see expensive Tvs you can actually afford!

Dubbed as the world’s largest outdoor TV, the C SEED 201 processes image data up to 100,000 times per second, 500 times the refresh rate of a modern TV screen, enabling the C SEED 201 to display 64 billion radiant colors for smoothly flowing pictures of unparalleled color depth and quality.

At first, the TV looks compressed, but seven LED panels unfold within 25 seconds to create a seamless widescreen TV display. The C SEED 201 display can be raised, lowered, and even rotated up to 270 degrees by remote control to achieve a perfect viewing angle of an HD outdoor entertainment. Its total cost is 680,000 dollars.

It is the world’s largest LCD screen, and the 108″ beauty is the promise of a future for the LCD technology. The 108″ LCD is a full-spec, hi-vision, low-reflective black LCD panel. With a 1920 pixel horizontal resolution and a 1080 pixel vertical resolution, a staggering quantity of moving and motionless content can be presented in exquisite detail.

The panel can even be viewed effectively in bright surroundings thanks to a unique high-brightness, high-contrast feature, delivering an amazing field of vision.

Now we have come to the most expensive Samsung TV product ever produced. It is one to amaze you with its exceptional color and panoramic effects.

It offers a variety of crystal clear pictures, natural colors, and optimal picture essence. The most amazing feature is that it can be bent into any position, and the screen can be changed from curved to flat with the push of a button! This manipulatable screen is a huge 105 inches.

How awesome would it be to change your television from flat to curved as you would want? Although it’s quite a financial effort, it is worth every inch of its golden coin.

The Z9G’s heavy bodywork has two strong reasons. First, it contains four separate forward-facing speakers. Two are along the bottom, as you might think, but two are arranged uniquely along the top.

Two mid-range drivers and a tweeter are included in each speaker unit, with bass provided by two rear-mounted subwoofers on the 85-inch model and a single bigger sub on the 98-inch variant.

It is a large and worthy screen with an incredible display to go with its features. It costs $70,000 in the total package.

Here, we set eyes on another Universal HD TV. The Samsung UA11059 that was made on our list costs only $2,000 over the price of its sister TV, the previous one. One might ask what the difference is with the same giant size and similar wonderful features. What do you get for two extra thousand? The Motion Control feature!

That means you can navigate the TV by using just your hands. Pretty impressive and pricey. What do you think about that?

LG, formerly known as Lucky Goldstar, is the most popular and top-ranked TV with expensive luxury in 2022, and it is responsible for the production of the world’s highest-resolution OLED TV (OLED 88Z9P)

The Beovision 4-103 is one of the largest flat-screen TV with a mammoth-sized 103-inch screen. This TV comes with an exquisite and minimalist design. It costs $140,000. It is a TV with a well-developed and unique motorized stand that will leave you stunned with its capabilities.

The movements of this screen and speaker are synchronized so that the screen’s booting up is in sync with the Beosystem’s normal startup. It is currently the largest TV with a stand that can be tilted. This means that the owners can achieve the best viewing position with just the touch of a button.

As tempting as owning each TV on the list is, it would be quite advisable to settle for the one that matches the size of your pockets. That is why we have compiled a list to give you the benefits associated with each one to give you a view of what suits your taste. We hope you enjoyed our list of the most expensive TVs in 2022.

Daya freelance writer and virtual assistant. She has written for several publications and has passionately contributed several tech answers on Tv to Talk About.
More from this author

How To Reset TCL TV With Black Screen

3 Ways To Watch Movies From Phone To TV Without HDMI