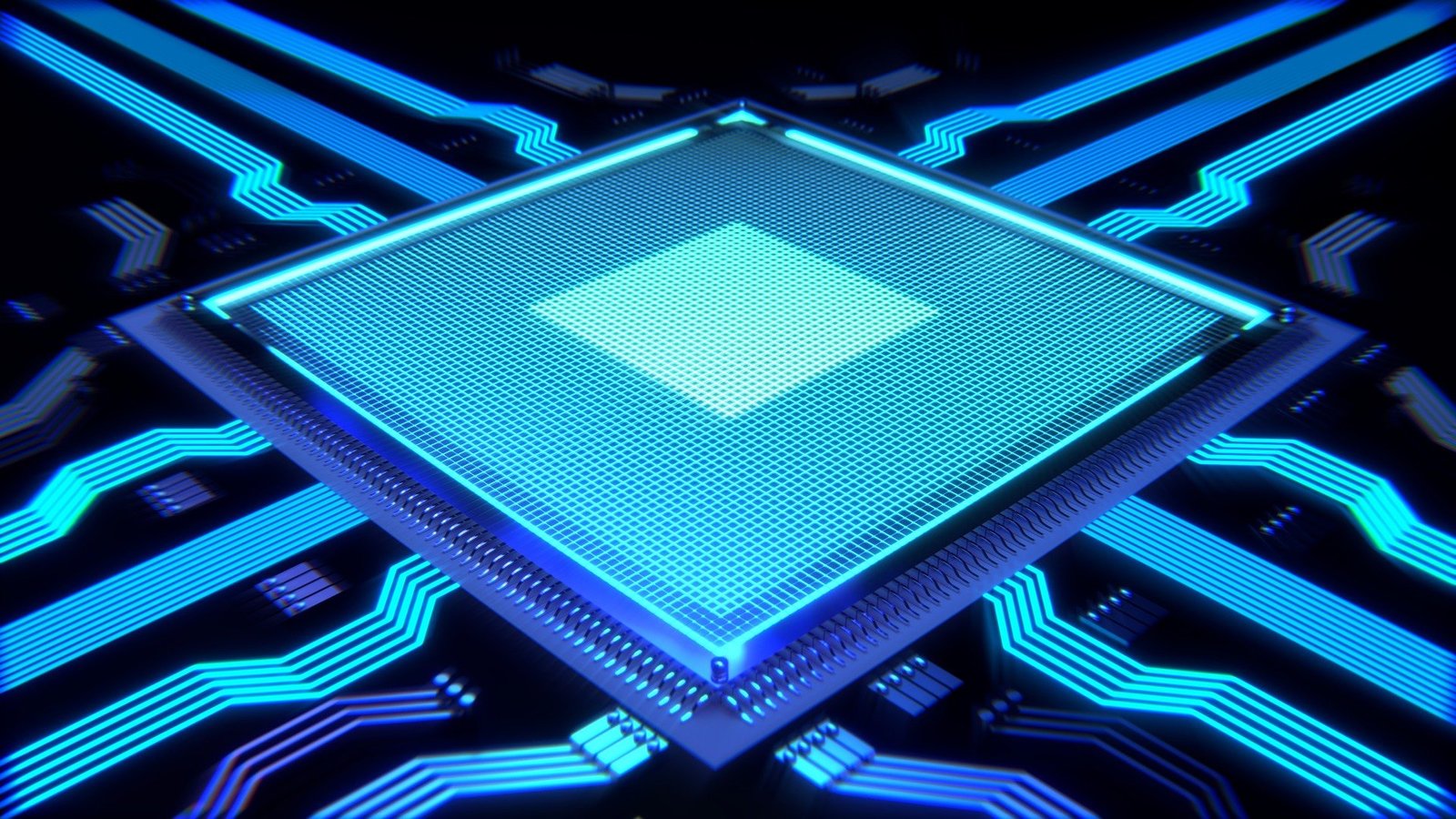 You’ve probably used or come across AMD Ryzen microprocessors if you’ve been in the computer industry for a while. These desktop processors are redefining the industry; they are well-equipped for security and offer cutting-edge performance. It is the greatest alternative for enterprises that want remote system control, energy-efficient productivity, and sensitive data protection.

Every successive generation of processors outperforms the previous one in terms of features and performance per dollar. AMD’s success rose quickly with the launch of three Ryzen series CPUs based on the Zen architecture. It took a considerable portion of the CPU market share from Intel’s 10th generation CPUs after introducing the 5000 series.

This blog post will compare the Ryzen 5 5600X and Ryzen 7 3700X to see if it’s preferable to go with more cores or a higher IPC/boost clock combination.

Before we go any further, we need to look at each CPU’s specifications to see how good they are on their own.

The Ryzen 5 5600X was launched on November 5, 2020. It’s a top-of-the-line Ryzen 5 processor that’s powering intermediate slot machines. In terms of both value and performance, this CPU exceeds its predecessor, the Ryzen 5 3600X.

Some of the essential features of the Ryzen 5 5600X processor are as follows:

When released on July 7, 2019, the Ryzen 7 3700X was one of the leading contenders for the best CPU. Despite being from a previous generation, it is an incredibly capable CPU with eight fast cores.

The following are some of the essential features of the Ryzen 7 3700X processor:

In terms of performance and on-paper qualities, we’ll compare the Ryzen 5 5600X and Ryzen 7 3700X. This will help you make an informed selection when comparing the two CPUs.

The 3700X Ryzen 7 processor has more cores than the 5600X Ryzen 5 processor. The number of cores in your computer is vital for various reasons, but the most important is that it allows you to multitask. A higher core count means your computer is more capable of multitasking. It all depends on whether or not the program you’re using allows you to use several cores. Most programs in today’s world do this; however, some do it better than others.

If you’re a gamer, your game probably only uses six cores. However, if you’re a content creator, you’ll notice that as more programs use cores, the need for them grows.

More cores are generally beneficial; however, their utility varies depending on the situation.

The Ryzen 7 3700X’s thread count is greater. The higher the number, the better. Thread count is similar to core count in that the larger the number, the better. Threads and cores differ in a few ways, yet they do the same function. The multithreading technique, which allows a single CPU core to process two instructions simultaneously instead of just one, is referred to as threading. With this implementation, the number of effective logical processors on a CPU is doubled.

We have a “what is SMT?” article if you want to learn more about multithreading.

The Ryzen 5 5600X boasts a faster 4.6GHz core boost speed and a 3.7GHz base core speed. A CPU’s core speed determines how many instruction cycles it can perform, and a CPU calculation is built on the foundations of fetch, decode, and execute instruction cycles.

The clock speed, also called “core speed,” is the number of times a CPU can complete this cycle in a second. In general, more is better, as it is with most things. However, as another variable known as IPC enters the picture, not all clock speeds are created equal. IPC (Instructions Per Cycle) is a technical term that refers to how many transistors a processor has. If you’re interested in IPC, we have a section dedicated to it on our 5800X vs. 5800X3D page.

The cache capacity of both CPUs on our list is the same. However, the 3900X has somewhat higher L1 and L2 capacity to support the increased number of cores.

The cache is an extension of your computer’s memory that is built near the CPU cores for lightning-fast access. Today’s CPUs have three levels of cache, which are ordered numerically.

The cache levels and order are as follows:

The information stored in Level one cache is critical to system operation and is quickly accessible; it is located closest to CPU cores. It also has the smallest cache capacity, as a larger cache size slows down performance.

Level two caches are in the midway of the two, with average capacity and speed. Although the information stored in it is not as important as that on Level one, it would still benefit from faster access times.

Level three caches are specialized caches used by the CPU and typically built into the motherboard or, in the case of some particular processors, within the CPU module. It’s a customized memory designed to boost L1 and L2 performance.

The TDP of both CPUs is 65W. At first glance, both CPUs in this 5600X vs. 3700X comparison may appear to be equally powerful, but this is not the case.

Because the 5600X has fewer cores but the same TDP as the 3700X, it’s safe to presume that these cores are slightly more powerful.

What is TDP? TDP is an acronym for “Thermal Design Power.” It is the maximum thermal energy produced by a component under normal operating conditions. Typically, we would state that a lower TDP is better, which is partially true, but more powerful CPUs require more energy, which is eventually transferred to heat.

By choosing a cooler with a greater TDP, you can avoid the higher thermal demand. It is wise to get a cooler that can sustain a higher TDP than your CPU, especially if you plan on overclocking.

Overclocking adds a large amount of heat demand and significantly increases TDP due to higher voltages and the CPU operating outside of typical operating conditions.

AMD has kept AM4 alive for about five years, and while it is incredibly trustworthy, durable, and well-refined, it shows signs of wear and tear. The technological flaws of the AM5 become increasingly apparent as more information about it becomes public.

Because AM5 and Zen 4 aren’t slated to arrive until Q2 2022, it’s easy to locate a good deal on some of the older 3000 series CPUs. It’s always best to pick something that fits your budget, and the Ryzen 5 5600X is the way to go if you don’t plan on performing any heavy rendering, don’t use any video editing software, and only plan on gaming.

On the other hand, the Ryzen 7 3700X’s superior number of cores will assist you if you work on large video renders or workstation-style jobs.

You can find both CPUs on the list for a reasonable price on the internet.

Given this price difference, we recommend choosing the more powerful CPU, the 5800X, in terms of price to performance. Normally, we’d look at the cost per core to discover which CPU offers the most value for money. Still, this test will be unfair because the two CPUs are from different generations and have vastly different core performances, but just for pleasure and because arithmetic is something we enjoy doing.

We’ve got you covered whether you’re looking for a CPU to play Elden Ring or a CPU to crunch numbers on a high-end workstation PC. It will be sufficient to use one of these CPUs.

If you need a bigger core count at the sacrifice of core speed, the 3700X should be perfect for video rendering or encoding. On the other hand, the 5600X is the gaming CPU to beat them all in terms of efficiency and price per performance.

It’s vital to stay within your budget and consider your needs when choosing a CPU. This article should have given you all the information you need to make the best possible purchase. We compared the 5600x and 3700x processors in this article.

Why are VIZIO Smart TVs So Cheap?