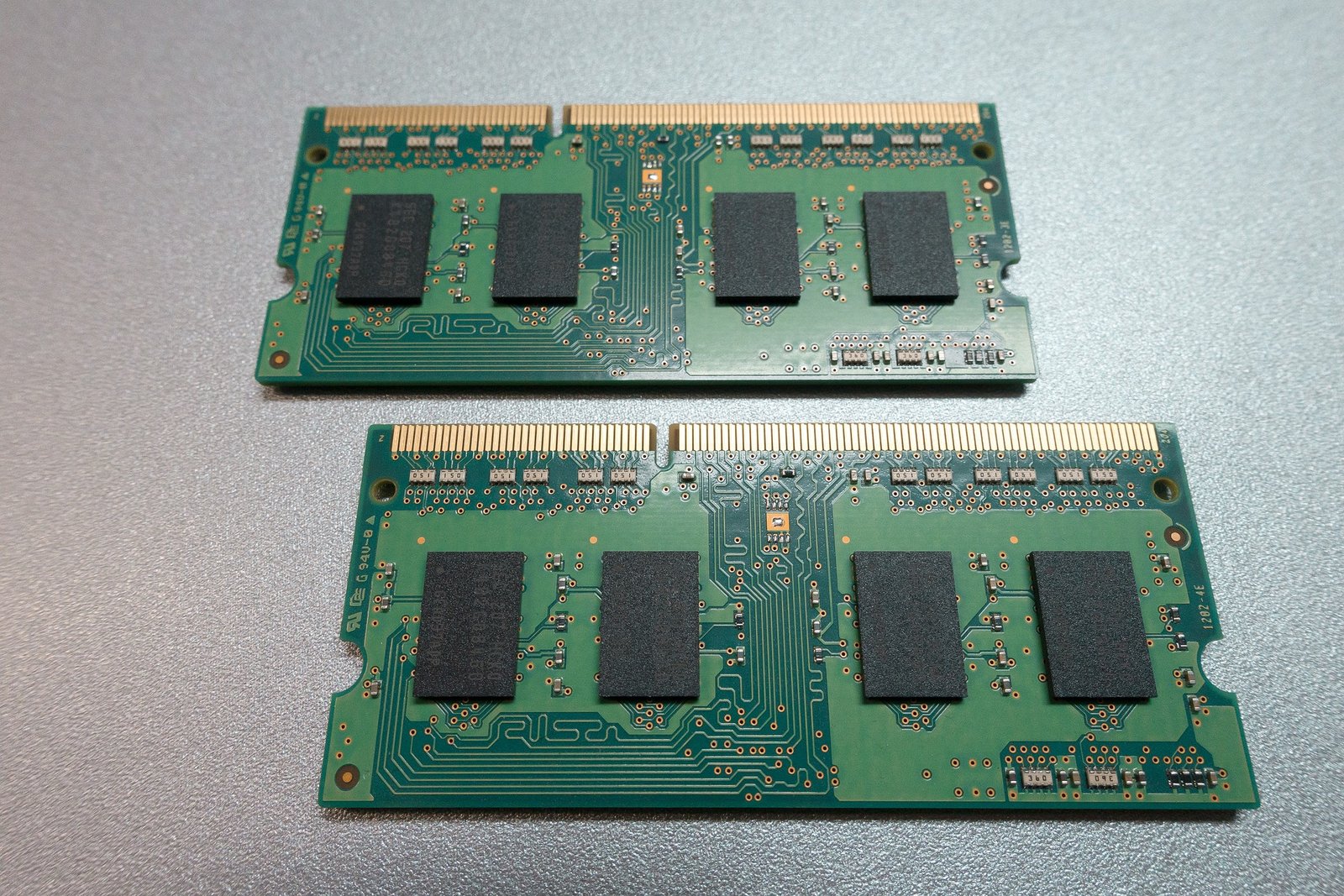 The debate on Sodimm Vs DDR4 goes on. It’s difficult to keep much interest in the variations between computer memory standards unless you’re a tech fanatic. A flurry of acronyms and performance metrics can describe memory, but nontechnical consumers have very little information.

You might receive unsatisfactory explanations for the difference between one model’s SDRAM and another’s SODIMMs as it relates to gaming. In reality, SDRAM is used by practically all current computers, and SODIMMs are just smaller versions of regular RAM sticks.

A SO-DIMM is a type of integrated circuit-based computer memory.
SO-DIMM is a tiny version of a DIMM nearly half the size of a standard DIMM.

Laptops, notebooks, small-footprint personal computers based on Nano-ITX motherboards, high-end upgradable office printers, and networking hardware such as routers and NAS devices all employ SO-DIMMs.
They are often available with the same data route size and speed ratings as ordinary DIMMs but with smaller capacities.

What to look out for in Computer Memory

Memory, often known as RAM (Random Access Memory), is a storage area for your computer’s data before being read from the hard drive. It can also be used to let multiple apps run simultaneously without slowing down your PC.

Memory is also one of the cheapest methods to increase your computer’s speed. You should know the essential memory features and what they signify if you ever need to figure out what memory setup you have or how good another one is.

Although the RAM in your computer and the memory in your USB thumb drive are very similar, there is a significant difference. The chips in your thumb drive are static RAM, which means that once data is written, it stays put.

The memory in your computer is dynamic, which means it must be replenished at regular intervals. That’s the “D” in SDRAM, and it’s why if your computer loses power and can’t refresh the chips, data is lost.

SDRAM is synchronous, which means it’s regulated to work in tandem with your CPU. Your SDRAM ensures that the data is ready to go simultaneously as the CPU prepares to accept the next block of data from memory.

Dual in-line memory modules, abbreviated as DIMMs, are the most common modern SDRAM. They’re made from little boards, or “sticks,” about 5 1/4 inches long.

DIMMs have a row of memory chips running down each side, saving space over older-generation SIMMs (single in-line memory modules). DIMMs in desktop and server computers feature 240 or 284 pin connections, with the front and rear connections split evenly.

Traditional DIMMs work fine in desktop and server computers, but it’s impossible to fit 5-inch RAM sticks into today’s thin and light laptops. This is when SODIMMs come into play.

SODIMMs work the same way as ordinary DIMMS, but they are physically scaled-down. The term “SO” stands for “small outline,” reflecting their modest size. SODIMMs have 200 or 204 pins and are about half the length and a third the thickness of ordinary DIMMs.

Before acquiring memory, read the motherboard manual to verify whether the type of RAM (SDRAM or DDR RAM) is compatible with your system. The memory chip’s clock speed should be synchronized with the computer’s system bus.

SDR and DDR RAM come in various clock speeds; adding a quicker version than your motherboard can handle is a waste of money.

At the turn of the century, the first DIMMs were overtaken by a new technology known as dual data rate or DDR DIMMs. DDR sent data using both halves of your computer’s clock cycle — the “tock” and “tock,” as it were — considerably improving memory performance.

However, they are not interchangeable. You can only utilize one style because your motherboard and chipsets are built for it. Older chips will not fit in DDR4 computers since they use a newer socket with extra pins.

The latest DDR4 modules from ATP for embedded and industrial applications offer data transmission speeds of up to 3200 MT/s. DDR4-3200, ATP’s latest industrial DDR4 product, transports data 70% quicker than DDR3-1866, one of the fastest DDR3 versions available, resulting in a significant increase in theoretical peak performance.

Yes. Each of the most recent Intel® Xeon® Scalable processors with Intel® C620 Series Chipsets (previously code-named Skylake-SP and Lewisburg) has native support for six memory channels that can run at the same performance even when the processor is fully loaded.

Each memory channel may hold two DIMMs, allowing each CPU to support a total of 12 DIMMs. Compared to the prior quad-channel platform, having two additional memory channels boosts speed and performance. Apart from Intel® Xeon® Scalable processors, DDR4-2666 is also compatible with Intel® CoreTM processors from the 8th generation.

Which applications and industries Stand to benefit most from DDR4?

How will I know whether my system is DDR4 compatible? Is it possible to use a DDR4 DIMM in a DDR3 system?

Every DDR generation is distinct from the previous ones. A DDR4 DIMM will not fit in a DDR3 DIMM slot since DDR4 is not backwards compatible with DDR3. Not only is each DDR generation’s key notch different, but DDR4 pin size and arrangement are also different from DDR3.

Some pins on the DDR4 module are longer near the centre, giving it a slightly curved “V” form. Check the documentation on your motherboard to ensure it has the correct DDR4 slot.

Is it possible to combine DIMMs with different data rates on the same system?

It is advised that you install identical DIMMs on the same machine to get the optimum memory performance.

Unless you overclock the slow DIMMs, when you mix DIMMs of different operating speeds, the motherboard will underclock the faster only run at the speed of the slowest DIMM.

Depending on the platform you’re using, the DIMM population guidelines may differ. For more information, consult the server motherboard documentation.

Is Hulu Live TV Worth It?