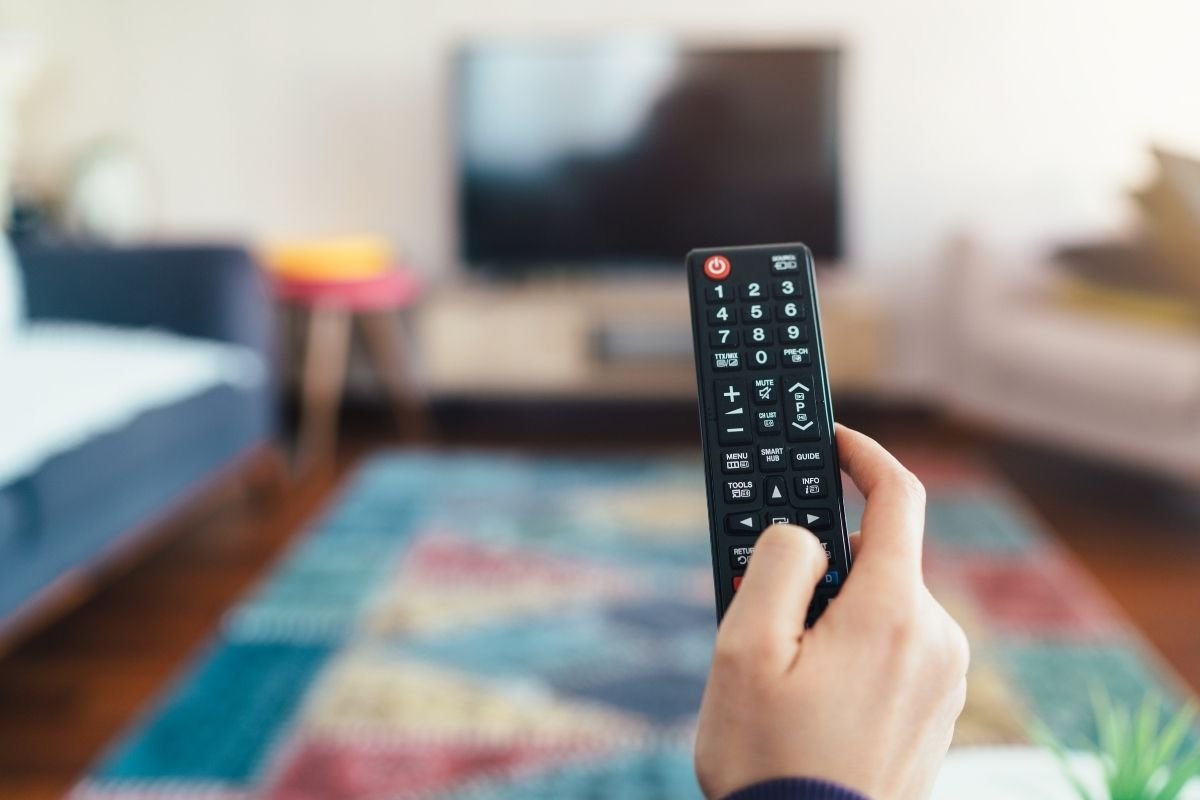 Samsung smart televisions, like every other smart tv, are designed with high technological features to allow curious users to have the best experience.

With a Samsung smart TV comes many possibilities. If you own one, you’d agree with us that this brand makes top-notch TVs. Little wonder their TVs (and other gadgets) are mostly priced on the high side.

But of course, there are different solutions or ways to control your TV or turn it back on if your remote gets missing. We have identified four ways to do this in this article, and they are in no particular order. Try the easiest method for you and get back to enjoying your Samsung TV.

Ways to Turn on Your Samsung TV Without a Remote

1. Use the TV Controller

Samsung TVs come with a TV controller and is helpful if the remote is lost or the batteries need to be replaced. The TV controller is a group of buttons that allows you to turn on/off the television, adjust the volume, and toggle between inputs.

The Menu, Settings, and Smart Hub functionalities are also available on most models. However, because the location of the TV controller varies by model, it can be difficult to locate.

Usually, the TV controller is located behind the TV or bottom right side of the TV. You will have to briefly wear a detective hat to find it at either of these locations. No worries, it won’t be an ultimate search.

Once you’ve found the TV controller, you can now turn on your Samsung TV. It has a control stick that allows you to toggle vertically or horizontally. When the stick is pressed, the control menu shows on the TV screen. Turn the TV on with a long press on the stick.

2. Use the SmartThings App

But for this app to work, you should have already configured it with the TV remote. So, if you didn’t do this before misplacing your remote, this method will not work for you. You can try the first method or skip to the next one. If you pre-configure the app with your remote, use the following steps to turn your TV back on.

Through a technology known as CEC or Consumer Electronics Control, a Chromecast can turn on your TV on its own. Enabling this option on your TV lets you control it using a variety of HDMI devices.

Your Xbox, PlayStation, or Blu-ray player, for example, can control the power of your television, and Chromecast can turn it on and change input sources.

Also, because CEC isn’t always represented with the same initials on all brands, you may find it difficult to locate it. No worries, the CEC trade name on Samsung is Anynet+.

The majority of new HD televisions feature HDMI-CEC. Older models, on the other hand, may not have the feature. Setup is simple if your television’s settings include any mention of Anynet+.

What might differ is how the Chromecast is powered. Although most televisions include at least one USB port on the back, they occasionally cycle power with the TV.

HDMI-CEC is enabled by default on the Chromecast, so you won’t have to reach for the remote the next time you want to watch something on your TV.

4. Use a Universal Remote

You can also turn on your TV with a Universal Remote.

To get started, make sure to

If you don’t know the actual code for the brand or type of device you want to control, you can try Auto Code Search. The Universal Remote will go through the whole list of codes in its database, testing multiple codes at once.

Here’s an illustration of what to expect:

When you successfully connect the universal remote to your TV, you can now use it as an alternative whenever your Samsung remote goes AWOL or gets damaged.

How to Control Your Samsung TV Without a Remote

Now that you have successfully turned on your television, what’s next? You can gain control of your television without a remote using the following methods:

1. Use a USB Keyboard

The good news is, most Samsung television support the use of USB keyboards. This can be used to perform any task or enjoy any feature on the television.

If you have an external USB keyboard, you can use it to control your Samsung television with your operational remote.

Just connect the USB cable to the port on your television for the keyboard and television to connect.

You just need to plug the dongle into the USB port on your television to connect the two devices. Once a connection has been established between the duo, you can use the keyboard to access any feature on the television without stress.

One downside of this is that you must have used the Smart Things app before on your devices; else, you might not be able to access your television with your smartphone.

While this may appear to be a setback, worry not. You can use the external keyboard to establish a connection between the television and the smartphone. If you want to learn how to use the Smart Things app, Read This.

Once you have connected your smartphone and Samsung television, the rest is familiar history.

Samsung TV remotes last for as long as the batteries stay fresh. Under normal conditions, replacement is necessary once a year as a result of battery wear.

Why does my remote battery drain so fast?

Some users have experienced their remotes go through batteries fast. This can be due to a faulty battery, and it’s usually best to replace it.

Where can I find my TV’s remote code?

You can find one that works for you here or use the auto code search described above. Alternatively, if your universal remote features a list of codes on its manual, that’s probably the easiest way to locate your TV’s code.

What can I do if I lose my Samsung TV remote?

You can purchase a replacement from the manufacturer or use your universal remote or SmartThings app until you either get a new official remote or get used to the universal one.

What is the best universal TV remote?

Any universal remote will do the job of turning on your TV. But if you prefer your remote to match your TV, a TV remote that works with all Samsung TVs is a good buy.

7 Ways to Fix TV Volume Going up and Down Automatically

How To Turn Off Bixby on Samsung Tv