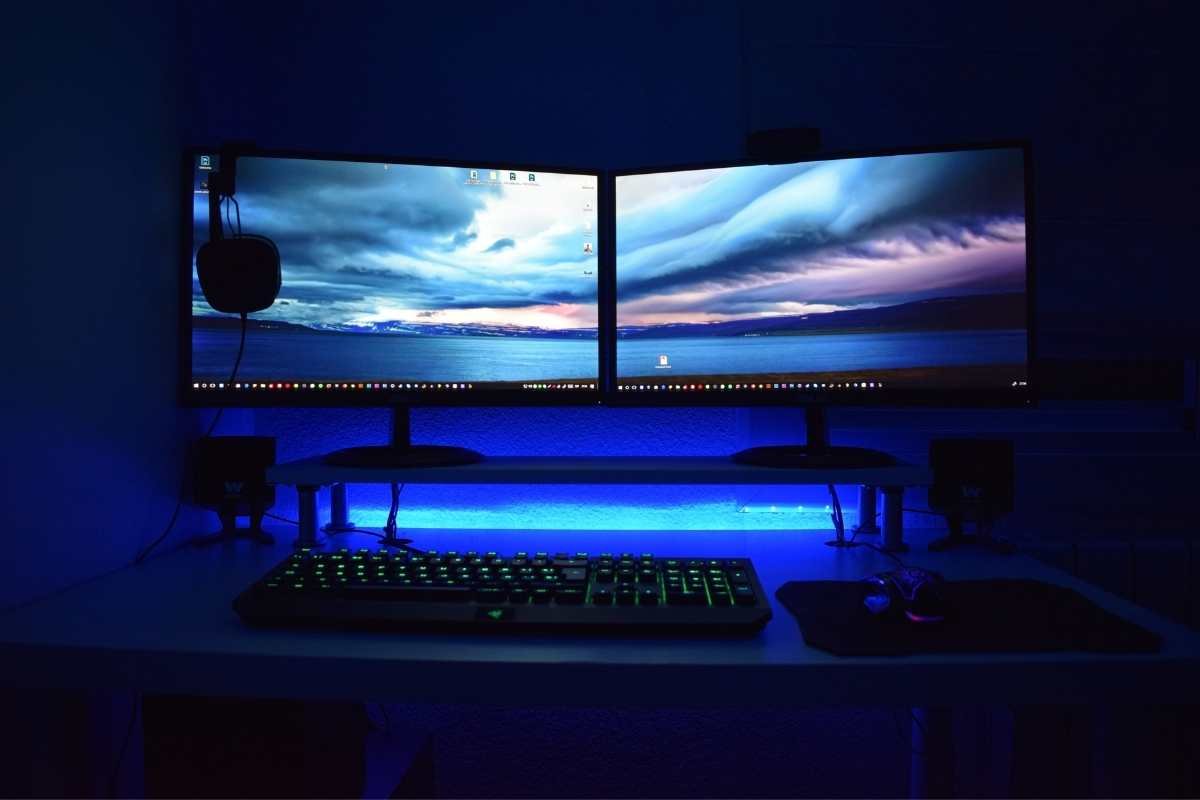 If you are into gaming or graphic design, you probably know that the type of monitor you work with could affect your performance.

Most monitors today make use of LCD panels. These LCD panels determine resolution, brightness, and contrast, amongst others.

VA panels are a type of LCD panel display technology. They are one of the most popular display panels available in the market today, and VA panels typically have the best contrast and image depth.

What’s more to learn about VA panels? And how do they compare to other types of display panels?

Continue reading to find out.

What Are VA Panels?

VA stands for vertical alignment, which means that the panels use vertically aligned liquid crystals that lie perpendicular to their glass substrates.

Liquid crystals are substances that have the crystals of both solids and liquids, while glass substrates are pieces of polarised glass used to make an electronic screen.

Since they are found behind LCD screens, they usually come with a backlight and polarizer.

When voltage is applied to the liquid crystals, they tilt to allow light to pass through the substrates to form images.

VA panels are “Jack of all trades” because they combine the strengths of other display panels. However, like most jack of trades, they do not perform well as other panels that focus on a particular strength.

SVA Panels: What Are They?

SVA panels are a type of VA panel produced by Samsung. They claim that it delivers better quality images than the typical VA panels.

The name stands for Super Vertical Alignment but could also mean Super Viewing Angles because it offers better viewing angles than other VA panels.

What’s the Difference between SVA panels and VA panels?

The liquid crystals in a VA panel tilt to allow light flow in a particular direction.

The limited light flow causes VA panels to have a narrow viewing angle. And the color of the screens reduces in quality when you view them from the sides.

The SVA panels, as a result, have broader viewing angles than VA panels.

Other Types of Display Panels

Other common display panels currently in the market include:

TN panels are popular for gamers because of their response time, but their lack of color depth and viewing angle puts them at a disadvantage.

IPS stands for in-plane switching. In this panel type, the crystals are parallel to the glass substrates. When voltage is passed through the crystals, they rotate instead of tilted or twisted.

TN panels used to be the most popular form of display panels, which has changed due to advancements in display technology.

These days, you are more likely to see either a VA panel or IPS panel on your gaming monitor. That being said, let’s compare these two display panels and see which is best for you.

This section will compare the VA and IPS panels using four parameters. This comparison will help you decide which one is most suitable for your needs.

Refresh rates refer to how many times a screen can draw a new image per second. It is usually measured in Hertz (Hz).

If a screen has a refresh rate of 120 Hz, that screen is drawing 120 new images per second. But how do the VA panels compare to the IPS panels in this regard?

But does this mean that the IPS panels are better than VA panels? Not really.

Most mainstream IPS panels come with refresh rates of about 65 or 75 Hz, while mainstream VA panels in the market are classified as high-refresh monitors with a standard average of 144 Hz.

Viewing angle refers to the various angles at which a display can be viewed with acceptable performance. Good display panels have broad viewing angles.

How do VA panel screens perform in this regard? VA panels tend to have narrow viewing angles. That is to say, their display is typically at its peak when viewed from the dead center and becomes poorer as you move sideways.

The IPS panels have a much broader viewing angle, and their rich displays remain the same even when viewed at odd angles.

If you are a professional graphic designer, you are better off sticking to an IPS panel display.

Contrast ratio is the term used to measure the difference between the brightest and darkest colors in a display panel, and it is often referred to as the white versus black ratio.

The contrast ratio is concerned with how distinct both extremes are. If, for example, a screen has a contrast ratio of 500:1, it means that the white image is 500 times brighter than the black one.

IPS panels usually have a contrast ratio of about 700:1, while its most impressive screens can go as high as 1500:1.

This feature means that the VA panels better display bright images against dark backgrounds without glowing with light around its edges, as seen in many IPS screens.

The color depth is usually measured in bits, and a bit is simply the number of colors available in each pixel.

Although it is possible to get a VA panel with a 10-bit display, most VA panels come with a color depth of 6-8 bits.

For an accurate native 10-bit display, you will have to turn to an IPS panel since they are better adapted for this type of color depth. This feature gives the IPS panel better color depth.

TN panels were the first display panels produced. They are also the cheapest screens you can get. They have several advantages, but how do they compare to VA panels?

TN panels have a narrow viewing angle, and their resolution is not as good as VA panels.

VA panels also beat them when it comes to viewing angles. The VA panel has a much broader viewing angle than TN panels and a better color depth.

The VA panels outshine the TN panels under this category.

VA panels, by comparison, have an average refresh rate of 144 Hz and a response time of 4 milliseconds and above.

Their quick refresh rate and response time make them the preferable gaming screen. So TN panels win this round.

Are VA panels the best display panels available? It is tough to recommend a particular type of display panel as they all have different strengths and weaknesses.

Generally, the rule of thumb is that if you are purchasing a monitor, you should always consider what you intend to use it for and balance it against the cost.

If you are a gamer, whether you do it professionally or in your leisure, you are more likely to enjoy The TN and VA panel gaming monitor because of their higher refresh rates and image quality.

But if you are into graphic design, the color depth and broad viewing angle of the SVA and IPS display panels will appeal to you and make your job more effective.

In each case, you will have to make sure you know what the intended uses are so that any display panel you eventually choose will best suit your needs.

How to Burn a DVD

How to Arrange Channels On Sling TV?