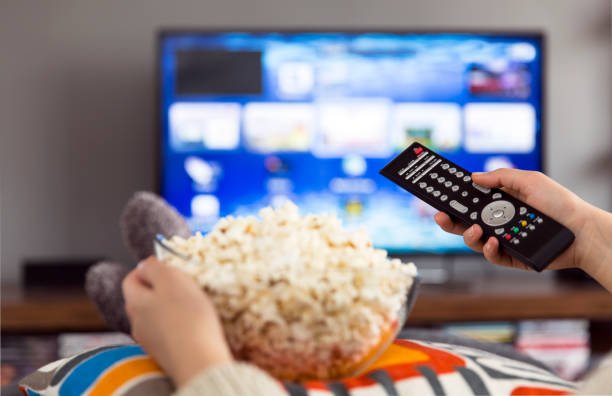 Sports lovers wanting to take their experience to a new level will love to know about ‘All Elite Wrestling’, known as AEW. It’s been three years since the establishment of AEW, as it was established on 1st January 2019 by Shahid and Tony Khan in Jacksonville, Florida, United States.

Every Wednesday, there is a 2-hour weekly television show known as AEW dynamite, showing every Wednesday by 8:00 pm ET/ 7:00 PT on TNT.

With no commitments at all, you can watch AEW dynamite for free, but there are certain things to do; the streaming services you want to use must have TBS in its lineup.

Also, before the trial is over, you must cancel it lest you will be charged. YouTube TV, for instance, has a 7-day free trial.

How to Watch AEW Dynamite Without Cable

Essential questions from a sports fan are, how can I watch AEW without cable? Will I have to go around with my television and its complete cables everywhere I go? Well, with just a few things, you can enjoy watching AEW dynamite without cable. All you need are:

Interestingly, with a strong internet connection, you can watch local channels and also watch shows on-demand. Also coming from such a subscription is a free trial offered by some live stream services. Finally, the live streaming services must have TBS in their lineup.

Everyone wants to enjoy live streaming videos without stress. The good news is that many live streaming services are affordable depending on the packages offered. Some have specified days of free trials that can be accessed even before the subscription can be made.

Being a streaming service, it offers subscribers access to different channels like TBS, CNN, AMC, and more. You can watch AEW dynamite with just a subscription of $69.99 per month, as you would also have access to DVR unlimited storage. Also, YouTube TV supports iOS, Chromecast, Android, and many more. Using Roku, one can access YouTubeTv. A little bonus added here is a 7-day free trial.

Let’s start with the 7-day free trial to watch AEW dynamite with Hulu live TV. After a subscription of $69.99 and over 60 channels are available to you with TNT included.

Other fantastic items are added to you after subscription, including the Hulu on-demand streaming library, which, if after watching live, you can record the episodes of dynamite and watch any time of your choice. In addition, you can watch the shows on two screens at once. Before you upgrade, you can enjoy 50 hours of cloud DVR storage and many more.

As the standard channel package starts with $69.99 per month, you would be given a 5-day free trial, and other whooping offers like; watching 20 streams all at once per subscription, other channels with others included are supported mainly by Android TV, Apple, and lots more.

Therefore, after signing up for Sling TV, you would be offered free promotions after getting signed in, and as such, you can also decide to cancel the subscription at any time since there is no contractual agreement.

Out of other live streaming services, Sling TV is the cheapest for you to watch AEW dynamite, but without free trials. With Sling Orange and Sling Blue, a more significant vote is usually for Sling Blue as it has more channels selection than the other and can be on 3 devices all at once. Like other live streaming services, Sling TV can be viewed on Chromecast, Amazon TV, Fire TV, and more.

You can only see 10 minutes of live programming in advance without using cable credentials. But just by having a cable login, you can access AEW dynamite on TNT’s website.

AEW dynamite can be viewed on the network with a standard package and TNT network. There is a 7-day free trial and live streaming devices such as Roku, Chromecast, iOS, Android, and more. Also, remember that Fubo TV has other fantastic items on its premium package.

Using Roku TV, you can watch both free and paid content on your television using the internet.

How to stream using Roku TV:

So, depending on the package and quality needed, you can buy any Amazon Fire TV products.

There are two types of Chromecast. They include; Google Chromecast and Chromecast with Google TV. Chromecast is compared to having a saucer-like shape with a price as low as $30, such an amazing offer to stream movies and videos directly to your television.

To get Google Chromecast set up, you need; a television with an HDMI port and a WiFi network with strong internet access of about 802.11b/G/N/AC. And also devices like Android devices and iOS devices.

The only connection done manually is plugging the Chromecast into the television HDMI port. The rest comes easily as a setup screen will appear, and you would open up the Google play store and install the Chromecast App. The next step is to insert the Chromecast unique name and WiFi password. With everything being set up, you can access different videos relaxed.

All Elite Wrestling shortened AEW dynamite, has taken wrestling experiences to the top. Using both Live streaming devices and live streaming services, you can watch a weekly AEW show every Wednesday. What could be more fun if you could watch AEW dynamite without cable? Just subscribe and watch free trials beforehand.

Mary is a passionate freelance writer. Her work has appeared in a number of publications. She contributes articles about quick tech fixes. When Mary is not writing or researching, you can find her doing webinars or training to help underprivileged Nigerian youths explore income opportunities online.
More from this author

Fix Xbox One Not Turning On