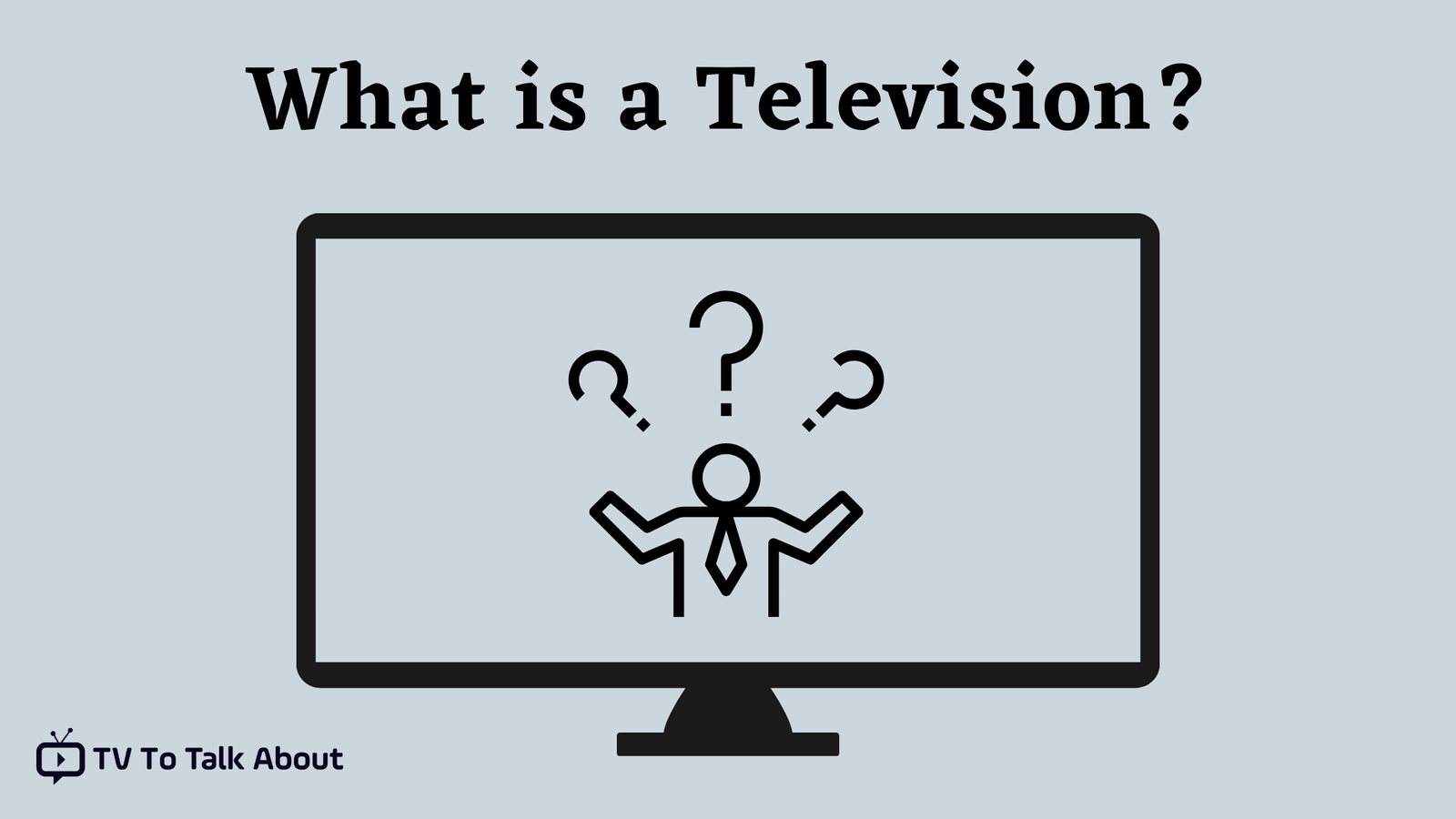 Television is a device that displays images in the form of electric impulses to produce sounds and images. It’s also known as a TV. You can use it for entertainment or communication purposes.

TVs are available in different sizes, shapes, and designs. The modern television looks like an old-fashioned computer monitor with an integrated television tuner, amplifier system, and speakers.

The most common type of screen in modern TVs is the LCD TV which displays images by shining light through liquid crystals and is one of the most energy-efficient types of TV. Some TVs use LED backlighting instead of traditional fluorescent backlighting.

How Does a Television Work?

Now we have a better understanding of what TVs are, let’s now look at how these devices work.

A television produces several small dots on a screen that appears as a picture. Older televisions use an analog transmission and a cathode-ray tube to produce images. Plasma and LCD (liquid crystal display) televisions were developed as technology evolved and broadcast signals switched from analog to digital.

Because they employ a tiny grid of pixels rather than a vacuum tube to form images, these TVs are more compact and feature clearer visuals than their cathode-ray predecessors.

TVs have a number of components that work together to create images and sounds that you can watch. This device works using three essential components, the screen, the video source, and the speaker.

The TV screen comprises many small light-emitting pixels known as picture elements or “picture points.” The TV screen uses three primary colors: red, green, and blue to produce the full spectrum of colors on the screen.

For example, when there is an apple in front of a bright red background, the TV will show a bright green against that background because each color has its RGB values.

The History of Television Sets

The invention of television is credited to a man named John Logie Baird. Baird was a Scottish inventor who invented the first working television system in 1925. He was also the founder of the Baird Television Development Company, which later became the largest radio and television manufacturer in Britain.

In 1926, he made what is widely considered to be one of his most critical discoveries – that images could be televised using an electrical device called a “cathode ray tube.” This discovery led to what we know today as modern-day TV sets.

In 1927, Baird demonstrated this invention for the BBC and sent a live transmission from London to Glasgow, which reached a maximum distance of 3 kilometers (1.9 miles). However, this technology did not become popular until after World War II because it was expensive, and few broadcasts were available.

What are the Different Types of TVs on the Market Today?

There are different types of TVs on the market today. For this section, we will focus on the types based on technology.

The first type is LCD televisions. They have full HD resolution and a wide viewing angle. LCD TVs are television sets that produce images using liquid-crystal screens, and they are by far the most popular and extensively sold television display.

LCD TVs are slim and light, but they have certain drawbacks compared to other display technologies, including higher power consumption, lower contrast ratio, and a limited color gamut.

Another downside to LCDs is that the backlight can cause a lot of glare and reflections, making it difficult to watch at certain angles.

The second type is LED TVs, or better known as LCD TVs with an LED backlight.

Instead of the cold cathode fluorescent lights (CCFLs) used in ordinary LCD televisions, LED TVs use light-emitting diodes (LEDs) to backlight the display.

The LEDs are either behind the screen (full array) or at the screen’s edge (edge-lit). The light is created by the backlight, which is then passed through the liquid crystals and a few more filter layers to produce the image.

The LED backlight makes the TV more energy-efficient and cheaper over time, and they have a much better contrast ratio than regular LCD TVs.

OLED TVs are thinner and lighter than any other TV, which can be great for those who are looking to save space in their home. The screens are also brighter, clearer, and more energy-efficient.

OLED TVs have a faster response time which means that there is no blur when you watch fast-moving images.

Some of the features of OLED TVs include perfect black, wide viewing angle, curved screens, high contrast ratio, high color gamut. This means that they’re best for TVs in spaces with great lighting or during daytime viewings.

The technologies behind the QLED TV are based on Quantum Dot technology. It is an advanced display with HDR capabilities with a wide range of color gamuts.

Quantum Dot technology helps produce more colors on screen and thus enhances the viewing experience. The benefit of this type of display is that it helps in clarity by eliminating the need for backlighting, which will result in decreased brightness and contrast levels. This results in brighter colors and sharper images, which are not possible on regular LED TVs.

The Most Popular TV Brands

TVs are one of the most popular consumer electronics items, and sales are expected to rise in the coming years. A few brands dominate the industry; some of them include:

LG has been around for over 70 years, and they are one of the largest TV manufacturers in the world. LG produces TVs of all sizes, including large-screen QLED TVs, which are the highest quality types of TVs available. LG TVs are known for their high quality and incredible picture quality.

Samsung is a global electronics company that started in 1938 as a trading company. Samsung entered the electronics industry in 1969 and has since become one of the world’s largest electronic companies.

Samsung started making TVs in the late 1960s and today sells televisions, computer monitors, mobile phones, tablets, digital cameras, microwaves, and other electronic products. The quality of Samsung TV sets is among the best in the industry.

Sony is one of the leading brands when it comes to home entertainment. The company produces high-quality TVs with the latest technology in the market.

Sony is a brand that stands out when it comes to picture quality, sleek design, and sound performance. Sony has been producing televisions for more than fifty years, so their experience in this field is well-known.

The televisions are available in various sizes, styles, and prices, so there is something for everyone at different price points.

How to Choose the Right TV Size for You

The size TV you choose depends on many factors – such as the size of the room, your budget, and your viewing habits. To help you make the right choice, see some of the most important considerations when deciding what size TV to get.

How much money you are willing to spend should help determine the TV size available to you.

When purchasing a TV, there are many things to consider, such as size, brand, and what type of technology it includes. But there is one factor that often gets overlooked: how much money the buyer is willing to spend.

Choose an Appropriate TV Size for Your Room or Space

The size of your room or space is an important consideration when selecting the right TV size. Bigger rooms will require average to big size TVs than smaller ones, so it’s essential to consider the room size before making any purchases.

The first tip is to consider all sorts of features and pricing when choosing a TV. A budget-friendly TV with limited features might not be worth it, even if it is considerably cheaper than a premium model. You should also not forget about some other factors, like the size of your room and the distance from where you’ll be watching.

The second tip is to do your research before making your purchase. This means that you should read online reviews to find out what people are saying about these TVs or watch videos on YouTube to see what they are like in action before buying one yourself.

The third tip is to always buy from a reputable retailer. This means that you should buy from a store with a good reputation and a guarantee if the TV breaks.

Is the LG CX Worth It?