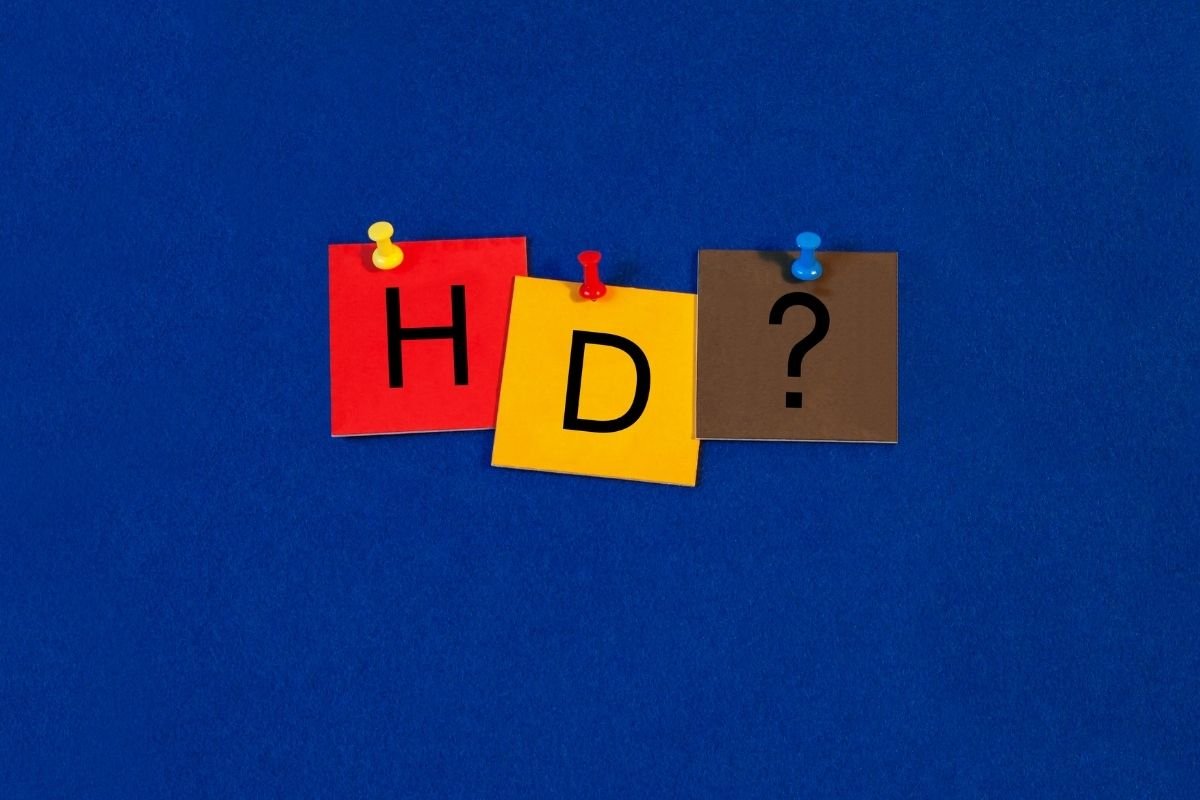 HD is a marketing term that means high-definition. It is a specification for video and television screens with a high number of pixels in both height and width – 1,920 x 1,080 pixels – approximately 2 million total pixels.

High-definition TV has been around for quite some time now, and we can see it everywhere. It is often abbreviated as HDTV.

HDTV is an electronic medium with a display with more than the standard number of pixels (480p). This means that an HDTV has more pixels per square inch, allowing for better picture quality, such as sharper images and richer colors.

In the early 2000s, 1080i was the only HDTV format widely available in most countries and was not displaced until 2005 by 720p (and later) 1080p, which became more popular with consumers. The term “1080i” usually refers to interlaced display.

High-definition television (HDTV) has become the standard for televisions. Images on these television screens are more precise and more realistic.

The Benefits of HDTVs for Owners

HDTVs are big screens that offer better clarity and detail than traditional TVs. Not only do they provide a widescreen viewing, but they also improve the quality of the color. With HDTVs, you can experience improved quality in both your audio and video.

The improvement in vivid color, which includes a broader variety of colors, is one of the most glaring benefits of HDTVs.

HDTVs have a greater range of colors and resolutions, making them a perfect choice for those who enjoy watching visual media such as movies and TV shows.

You can experience stunningly realistic picture quality with HDTVs; it’s easier to enjoy your favorite movies or TV shows in clearer detail. Moreover, these televisions have become increasingly affordable, making them accessible for everyone.

Most HDTVs have smart features that make watching television more entertaining. This can range from picture-in-picture to watching Netflix, browsing the internet, or reading your email without using an additional device.

Smart televisions can sometimes connect to other devices, such as your Google Home or Amazon Echo, to make them easier to use. Many contemporary HDTV models now include additional capabilities such as changing the channel using a smartphone app.

If you have an HDTV, you can see everything on the screen in fine detail. HD resolution gives you about six times the quality and sharpness of a standard resolution. With this, you can’t miss even the littlest details.

Flat-screen HDTVs are suitable for mounting to the wall because of their thin frames and light materials. This eliminates the need for large stands or heavy furniture that take up valuable space in your home. Consider how much extra room you’ll have for that couch or reclining armchair you’ve always wanted.

The new speaker systems on HDTVs produce a fuller sound than single-speaker televisions from the past. You can also connect an HDTV to a surround-sound system to instantly create a home entertainment theater.

Why Do You Need a High-definition TV?

High definition televisions provide a better experience for the viewer. They have a crisper picture, which looks more realistic and colorful.

HDTVs last up to five times as long as regular TV in terms of longevity. In addition, they use less power and weigh less than their counterparts.

High definition television has come a long way in the last few decades. There are many different types of televisions to choose from, with the most popular being LED and LCD. In other words, there is constant improvement.

What is the Difference Between Standard and HD Resolutions?

For years, Standard Definition Video was the industry standard, and it was used on most types of videotapes, including VHS, Hi8, Video8, and Betamax. In North America, standard definition resolutions are 720×480 pixels. The resolution for Europe is set at 704×576.

High Definition Resolution: This is the most recent type of video, which became popular with the introduction of HDTV (High Definition Television). The film industry, home theater businesses, and cable providers have all actively promoted it in recent years.

Also, with HDTV, users can choose between two different formats: 720p and 1080p, whereas, in SD, only 480p is available.

There are several top HDTVs in the market, but these two stand out. If you decide to get an HDTV, consider one of these.

It has many valuable features including PurColor Refresh Rate 60 Hz, Digital Clean View, and more. It also has WIFI connectivity and is compatible with the VESA wall mount.

When this TV is not in use, a unique lifestyle gallery creates picturesque images for any room in your house. This Samsung 40-inch smart TV has compatibility with the Samsung SmartThings app to complement your connected home setup.

The insignia fire TV is an affordable smart HDTV that offers some of the latest entertainment features. This Smart HD TV is a 32-inch TV with a Fire TV interface.

The Fire TV interface makes it easy to find your favorite shows or watch content from providers like Netflix, Hulu, and Amazon Prime Video.

It also includes popular apps like Pandora and ESPN, so you can start watching your favorite teams in just a few clicks.

The Insignia NS-32DF310NA19 is perfect for any living room or bedroom because of its 720p LED display – which means you get vivid colors and deep blacks with a fantastic contrast ratio.

Also, you can easily use your voice remote with Alexa to connect to everything you need with just a few simple words.

Which TV Resolution Should You Get – SD or HD?

The answer depends on your needs and how much money you have to spend. If you want an HDTV with more features and options, go for it!

But if you don’t care about all the bells and whistles that come with them or want an affordable TV that offers decent picture quality, then SD TVs are still worth buying.

Why You Should Make the Switch to HDTVs

Switching to HDTVs can be a big decision. But there are many reasons why it is the best decision. The most important one of those is that you will be able to enjoy your viewing experience so much more than ever before.

If not for these reasons, you should keep up with the new technology constantly being improved.

While HD resolution is no longer the latest or best resolution tier; (4k TVs have since taken that position) they are still relevant and widespread in the TV industry today.

HD resolution is undoubtedly one of the most popular TV resolutions in the market. If you’re shopping for a new TV and can’t afford an ultra high definition TV (4k), a full HD or HD TV is the next best choice.

They are more affordable and you can expect a better TV experience than you would get from a standard definition TV.

How To Cancel HBO Max on Roku