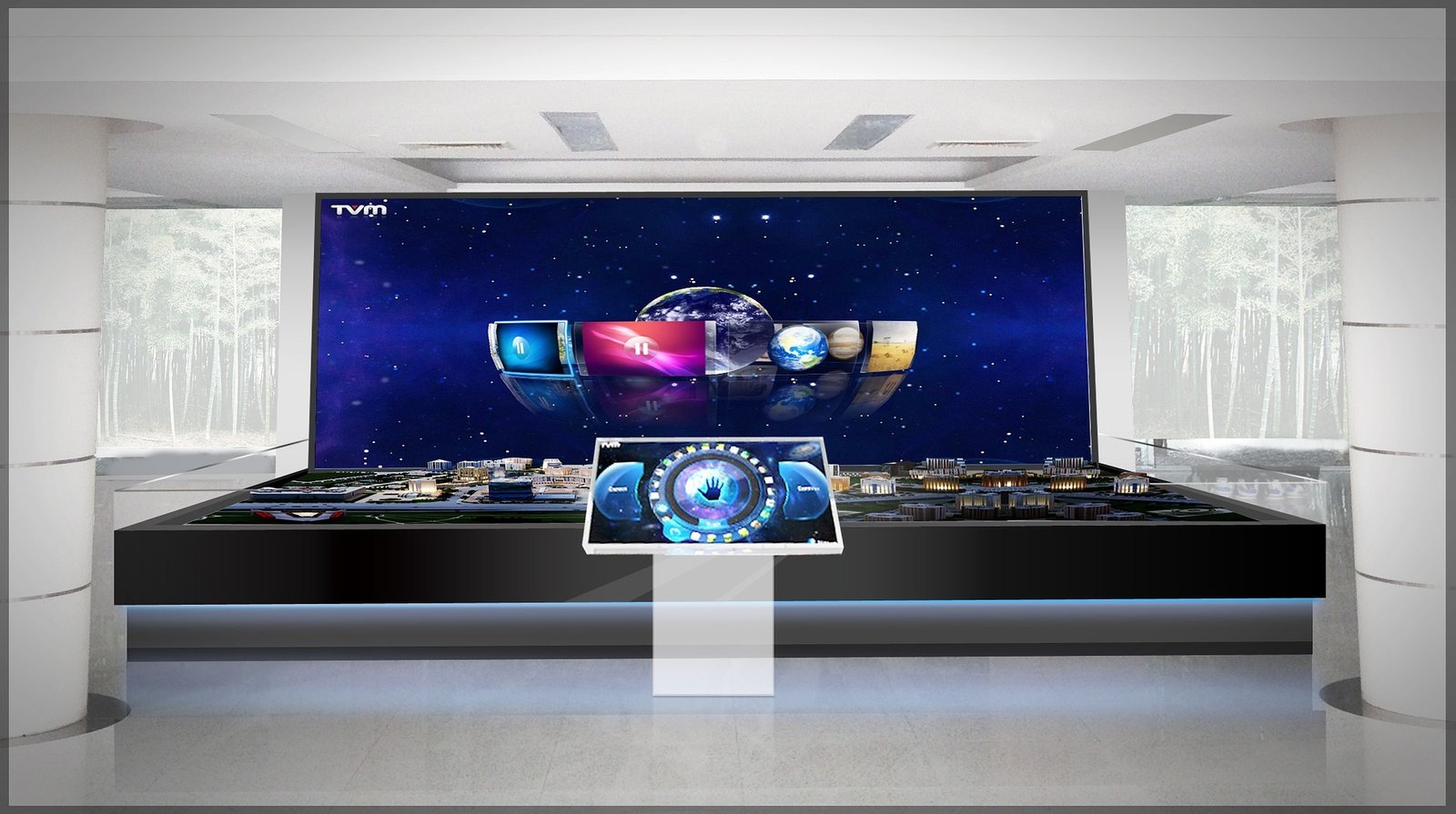 What is a widescreen TV? These TVs have a 16:9 aspect ratio, which means the screen is 16 units wide and nine units tall, giving viewers a panoramic picture similar to that seen in a movie theatre.

The viewer also benefits from a considerably crisp and more precise picture thanks to the high-definition broadcast and digital television technology that utilizes all the lines on the TV screen. There are lots of high-quality, affordable widescreen TVs in the market today.

Without a doubt, the LG G1 Gallery Series creates some of the most beautiful and appealing visuals.

While its ability to upscale compressed, non-4K footage is the best we’ve seen, it may be a little aggressive with motion smoothing until you intervene.

The G1 is excellent for individuals who want to put their TV on the wall because it includes everything they need. However, it is one of the rare TVs that does not include a stand. If you require one, you have two choices: You can get a set of tv legs or a tripod-based unit.

This is one of the TVs you will find that can provide gamers with a big-screen experience that can compare to a specialized gaming monitor. This is thanks to Nvidia G-Sync, AMD FreeSync, HGiG profile support, variable refresh rate (VRR), Auto Low Latency Mode (ALLM), and 4K 120Hz in HDR at full RGB color.

If you’ve found that watching TV is one of the few calm pleasures of quarantine or lockdown, and you want to be even more entranced by what’s onscreen, the Sony A8H OLED is perhaps the best-looking TV for most people.

You probably won’t find anything with the same excellent processor and magnificent OLED panel for less than a thousand dollars. It will improve the way you appreciate your favorite shows. Depending on how tight your budget is, such a lovely picture quality may be worth the extra cash.

We also prefer its Android TV interface to many built-in smart TV operating systems, even though it isn’t as user-friendly.

LED panels, unlike OLEDs, don’t tend to suffer permanent burn-in, so you won’t risk damaging the screen if it stays on your favorite entertainment channel all day. It has Mini LED backlighting, which allows it to get exceptionally bright, one of the brightest we’ve seen, ensuring that glare isn’t an issue.

This TV gets incredibly bright in HDR thanks to the high peak brightness, thus highlights pop the way the manufacturer intended. The TV features an extensive color gamut and excellent gradient handling owing to quantum dot technology.

It has a VA panel with a high contrast ratio, which provides incredibly deep blacks when combined with its excellent local dimming feature. However, due to Samsung’s ‘Ultra Viewing Angle,’ which improves viewing angles, its natural contrast is lower than most VA panel TVs, making it an excellent choice for a fairly wide seating arrangement.

The new Sony X90J is one of the top smart TVs for gamers.

It offers excellent image quality, thanks in part to Sony’s new Cognitive XR engine, which allows for excellent upscaling and contrast adjustment.

The X90J also comes with Google’s new TV smart platform, which allows for simple setup and a wide range of app support, as well as the benefits of Google Cast from Android devices. There’s also Dolby Vision HDR and Dolby Atmos audio.

When it comes to gaming, the X90J features a 120Hz panel with 4K resolution and two full-spec HDMI 2.1 connectors for your Xbox Series X and PS5, as well as VRR (variable refresh rate) and ALLM (auto low latency mode, for sub-10ms lag).

The Hisense U8G, which succeeds the 2020 Hisense H9G, is a fantastic television. It competes against high-end models from other brands, such as the Sony X90J and the Samsung QN90A QLED, and delivers excellent performance and good value for money, just like its predecessor.

If you’re on a budget, the Hisense U8G is a good option. It lacks Samsung’s QN90A QLED’s viewing angle technology, hence it’s not as good for a large seating arrangement, but it does feature a more excellent native contrast ratio.

Thanks to its VA panel and local dimming, it provides excellent value for money, which helps create deep uniform blacks and is bright enough to let HDR highlights leap out.

It supports the most common formats and displays a broad color spectrum in HDR. Even competitive gamers should appreciate it because it includes gaming features like HDMI 2.1 inputs and VRR compatibility.

Unfortunately, it has some uniformity problems, and learning how to use the built-in Android TV takes some time, but it has an extensive range of apps available for download.

The TCL S535 is a QLED TV with a large color gamut for HDR content. However, it does not get bright enough in HDR to provide a complete HDR experience. Its VA panel offers a high contrast ratio, resulting in deep blacks when viewed in low light.

It offers a full-array local dimming feature that increases the contrast and overall performance. Unfortunately, it has restricted viewing angles; thus, image accuracy soon declines when viewed from the side.

It lacks variable refresh rate (VRR) functionality and is limited to a 60Hz screen, unlike the TCL 6 Series/R635 2020 QLED, although it boasts a fast response time and extremely little input lag. It handles reflections well, but it doesn’t become bright enough to prevent glare. On the plus side, it eliminates 24p judder from any source, which is unusual for a 60Hz television.

It’s a 43 inch, 4K UHD TV with a quad processor, which allows you to see images at an extremely high quality. Additionally, it also works with Alexa and Google through a setup process. It supports the usual platforms such as YouTube, Hulu, Netflix, and more, and it also has Bluetooth features.

It weighs around 19 pounds, which is a little more than some of the other options, but if you want extremely clear quality and a slightly larger TV for your bedroom, this is the right one for you. It has a 4.3 out of 5 stars average with over 200 ratings.

The Vizio P-Series Quantum X is an LED-LCD smart TV with the brightness of a QLED and some of the finest black levels on this side of an OLED.

With over 2,000 nits of peak brightness, it brightens up any home cinema and cuts through ambient lighting to be one of the best TVs for brightly lit living rooms. And with 4K/120hz support, auto-low latency mode, and efficient 13ms lag time with 4K/60 games, it’s now an excellent match-up for the Xbox Series X and PS5.

It is, however, not without flaws. Like most TVs, this brightness has some blooming, which may be seen when white text is displayed on a black backdrop, and its upscaling, while improved over past years, still falls short of LG, Samsung, or Sony TVs.

In terms of height and width, Sony seems to have made the 48A9 as compact as possible. The top and sides of the device have a flush black bezel that is less than 1cm thick, while the elegantly glossy bottom edge has a Sony emblem that is so subtle that it is undetectable in normal light – is only slightly thicker.

The pedestal stand has such a low frame that there’s barely a 5mm gap between the bottom part of the TV and the surface it’s placed on, giving the set a compact footprint of just under 47cm.

Ethernet, three USB ports, optical and headphone outputs, and four HDMI ports are among the set’s connectors, several of which can be disguised behind plastic panels supplied in the package. Although HDMI 3 supports both ARC and the more modern eARC, it is the set’s only advanced HDMI function.

Last on our list is the Samsung 49-inch class QLED TV. This TV has a 4k UHD screen, direct full array 8x, quantum HDR 8x, and a Quantum 4K Processor.

This means that with its full array screen, you’ll be able to see images super clearly, especially with the blacks and whites, and the TV can use powerful AI to transform any video into crisp 4K.

This TV also has 100% color volume, so every color you see on the screen will seem just like it is in real life. The TV also has an ambient mode whereafter it is idle; it will show captivating visuals appealing to the eye.

This TV is a bit expensive, but it is worth it for all its smart features.

What is A Stream Deck?

What is a VGA Cable?