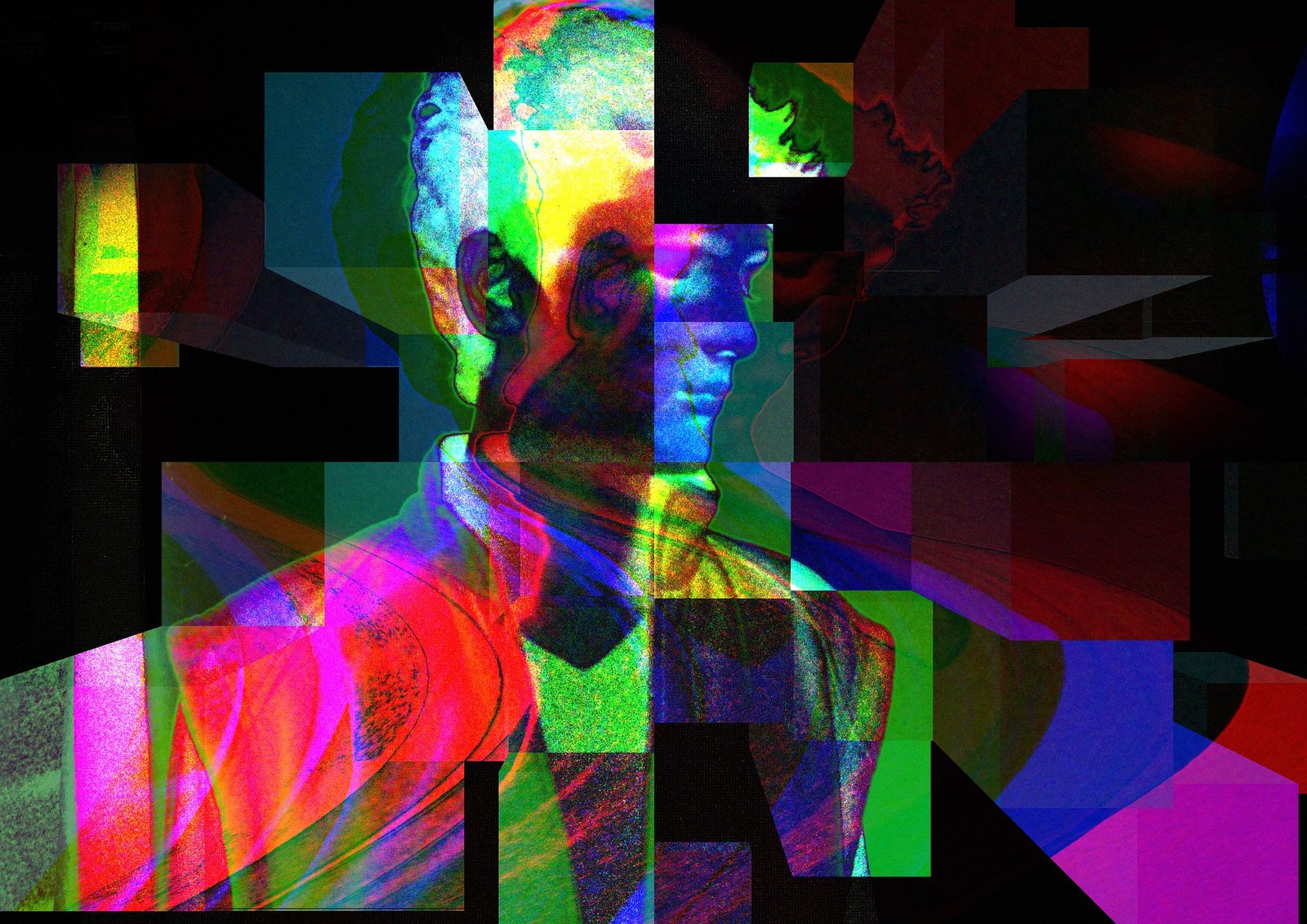 There are many different types of TVs, from CRT TVs to LCDs to plasma screens, and the causes of color problems are numerous and diverse. In general, muddy, oversaturated, or strange shades of color result from a simple misuse of the TV’s built-in color settings.

Other serious color problems can be caused by screen damage or defects in internal components. If your TV looks like the image below, fixing it might not be worth it. You’re probably better off getting a new TV.

Caution: Be very careful around electrical elements, you could get seriously injured or die. Do not attempt to fix an electrical issue without a professional around and appropriate safety gear.

Causes and Fixes of Color Problems on TVs

Your TV could also be in service mode. In this mode, the TV circulates through a red, green, blue, white, and partially white full-screen display to check for inactive pixels.

This indicates that the TV is in service mode for some reason and the screen color is simply a test pattern. In this case, you might want to reset the EEPROM.

To reset the EEPROM, you have to remove the TV power cord from the wall, then press and hold the power button on the TV itself (not the remote control) for up to 20 seconds. Plug the TV set back and try to power it up again.

You may also try long pressing the ‘EXIT’ button on your remote control.

Another thing to try is to press the Cursor Arrows ‘Up’ then ‘Down’ on your remote control, and unplug the power. Then plug it back in.

If you’re still unable to get rid of the problem, you might want to try resetting your TV. Consult the TV’s operation manual to learn how to do this.

If none of the above works, your TV’s EEPROM might have failed. There’s nothing you can do to fix this, it’s time to call in a professional or buy a new TV.

Color problems on all types of TVs are often due to poor image settings. In this case, the user only has to readjust the color settings on the TV.

To readjust the colors, go to the TV settings menu and desaturate the color settings until the TV appears in black and white.

Adjust the contrast so that white and black are distinguished, and adjust the brightness so that black is darker than gray. Increase the sharpness completely, then decrease it until the halo around the lines and letters disappears.

If possible, use the calibration tools (simple display of color bars).

When one pixel disappears, a black colorless dot is used instead. If there is a manufacturing defect or the transistor is flying, the pixel will die.

Fast movements on the screen, such as quick animations for video games, can cause temporary blurring of colors. There are software that claim repair pixel issues; we’ve never tested these.

This is a problem called “ghost”. Dull, blurry colors can be due to improper resolution settings.

For example, if the channel you’re viewing is outputting a 1080p resolution, your TV should be set to display this resolution instead of another resolution such as 720p or 480p.

Another quick solution is to restart the TV and check if the issue is resolved. Simply:

If the above steps do not resolve the symptom, the product may require professional servicing.

Another flat-panel television, the plasma display, creates color images through small cells of charged ionizing gas. Like LCD TVs, plasma TV colors can be affected if the TV is not set to the proper resolution.

Plasma may also display blurry color trails or unnatural shadows during rapid movements on the screen. Under strong pressure, a multicolored sunburst-like pattern may appear on the screen.

Burn-in occurs when static objects from the previous display, such as channel watermarks and video game scales, appear on the current display. This happens by keeping these static objects on the screen for dozens of hours at a time.

One primary display color (red, green, or blue) can overwhelm the other due to poor connection to an external display source or failure of the TV’s chroma decoder.

Due to these issues, other colors may remain intact and may be lost. Intermittent fading colors may be due to a cathode ray tube failure.

If the problem is definitely on your TV (the connection is fine and the color settings are what they should be), there could be a serious problem with the set. Especially when the image is completely green, that is, the only change in the entire image is the tint, not the color.

This could be a malfunction of one or more “guns” that point the electrons at the color screen. These guns process red, blue, and green, so if the red and blue guns are damaged, the screen may remain green.

Such damage can be caused by magnets near the screen, for example from unshielded speakers, and can either be permanent or reversible. In any case, you need to use a professional repair service to inspect the set. It may be more economical to just buy a new set.

Sometimes, the problem isn’t with the TV at all! There may be issues with the broadcast signal source. This might happen if you use Cable/Satellite box, IPTV, or other devices such as a DVD player.

This is another situation when the TV fault might be caused by external factors. TV color issues could occur if the electrical outlet is improperly wired or not producing the proper voltage for your TV.

Your surge protector or extension cord could also be faulty. All you need to do to verify if this is the issue is to try plugging your TV power cord into a different electrical outlet.

5 Fixes for TV Cutting Off Picture