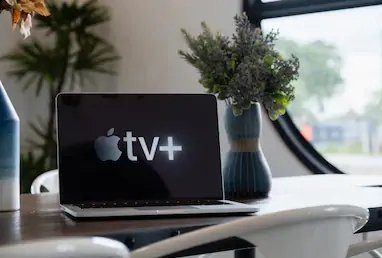 Apple TV is a streaming media player and micro console connected to a television set via an HDMI cable. Featuring a three-button remote, the palm-sized, black plastic box receives digital data for visual and audio content such as music, video, video games and plays it on a connected TV.

Introduced in September 2006, this model is the first of its kind. The 1st generation features a power port, HDM1 port, a component video port, an Ethernet port, an optical digital audio port, an analog audio port and a USB 2.0.

The 2nd generation Apple TV is the first to run on a variant of iOS. Compared to iTV, this model is quite smaller and has internal flash storage of 8GB.

Supporting an output of 720p, the device has sufficient space for buffering purposes. This model allows media streaming hence no need for syncing.

Like the second generation, the 3rd generation or model A1427 comes with a dual-core A5 processor and a deactivated or unused core.

A feature upgrade to the previous model, the third-generation Apple TV facilitates easy rent and purchase of Apple content.

The 4th generation model comes with a new operating system, tvOS, an app store for the downloads of third-party apps for video, audio, games and other content.

Featuring a 64-bit Apple A8 processor and Dolby Digital Plus audio for support, Apple TV HD has a touchpad-enabled Siri remote which makes gaming an interesting experience.

Its remote utilizes swipe-to-select features, Siri support, a built-in microphone, volume control over HDMI CEC and IR, and an accelerometer for user functionality.

With Apple TV AK, you can now watch movies and shows in amazing 4K HDR, supported by Dolby Atmos which provides immersive sound.

It offers improved resolution with richer, more vibrant colors. From the hottest new movie to your favourite TV show, everything is more lifelike than ever.

The Apple TV 4K is compatible with televisions that support both 4K and HDR technology. Want to get the best out of this TV? Get 4K content. The model collect 4K content from apps like Netflix, Amazon, Prime Video and ESPN.

Equipped with an A10X Fusion chip, same as the one used in the 2017 iPad Pro models, the Apple TV has great CPU and GPU performance which support a whole new class of apps and games.

Available in 32 and 64GB capacities, this simple black box blends with any home decor and can fit in anywhere.

It’s fully packed with a rectangular Siri remote which has a touch surface, a menu button, a home button, a Siri button for activating Siri, play/pause buttons, and standard volume controls.

Just ask Siri for a movie, show, genre, actor or song you love. The remote is connected to the Apple TV via a Bluetooth 4.0 network.

Users can swipe through the App Store, the home screen, and content within apps using the touch-based navigation method.

They can also fast forward, rewind, and perform other TV control gestures. Under the Siri Remote is a lightning port for charging the device with a lightning cable.

The Siri Remote should be recharged often. Besides Siri, a Remote app that is quite similar to it can control the Apple TV.

You can download the app from the App Store for iPhone, iPad, and Apple Watch.

Third-party Bluetooth gaming controllers can also be used in place of Siri remote when playing game.

These are key features common to most models.

What can you do with an Apple TV?

Apple TV enables you to rent or buy movies and TV shows from the iTunes Store or stream videos from various services found in the tvOS App Store such as Netflix, Prime Video, Disney+, and YouTube.

In-built photo apps sync with user photos from iCloud Photo Library and display them on TV.

You can view, edit and share photos with the aid of downloaded third-party apps like Adobe Lightroom.

There’s a wide range of apps and games users can download from the Apple TV store. Accelerator, Gyroscope and touch-pad on Siri remote help gaming control.

The Airplay feature enables users to stream or mirror content wirelessly from an iOS device or Mac.

Swipe up from the bottom of the screen in the control centre on iOS or in the Menu Bar on a Mac.

Users can send video or audio wirelessly from their iPhone, iPad, or Mac to the Apple TV through casting.

You can access your email on a big screen or browse a certain website or scroll through your Instagram feed by mirroring your device to TV.

What is Apple TV Plus?

Apple TV Plus is a premium subscription video streaming service. The service is exclusively ad-free and features Apple’s growing list of original TV shows and movies.

This premium service supports the existing Apple TV, a streaming device and service that allows you to stream other media without creating multiple accounts and passwords.

Supported on Android devices, Apple TV Plus, which was initially exclusive to iPhone and iPad now works on smart TVs, gaming consoles and popular streaming devices like the Amazon Fire TV Stick.

Available in 109 countries, this premium service costs about $4.99 monthly, inclusive of a 7-day free trial.

How to get Free Apple TV Plus?

In a bid to promote the streaming service, Apple offered free trial subscription for a year to new users of Apple devices such as iPhones, iPods, Macs, iPods, and Apple TV set-top boxes. This offer is only valid for three months.

How to get Apple TV Plus?

You can sign up for Apple TV Plus on the web or from the app. It’s the first thing you see once you launch your Apple TV app.

To get started, Tap Try it free and confirm your purchase. You’ll be offered a 7 days free trial, after which you’ll be charged $4.99 per month.

If you want to sign up on the web, you’ll need to launch the Apple TV Plus website. Tap Start your free trial.

What is Apple TV app?

Launched in 2006 on the fourth-generation Apple TV and iOS devices, Apple TV app is a content hub for streaming shows, sports and games.

Devices that are compatible with Apple TV include:

How to get the Apple TV app on iPhone/iPad

Download and install the latest version of iOS on your device. Upon completing the updates, search for the TV app on your phone if you can’t locate it on your home screen.

How does Apple TV app work on iOS?

Once you’re signed in, you can access every supported apps. Whether signed in or not, the home screen will pop up with a navigation bar at the top.

You’ll see other bars for screens like Watch Now, Movies, TV Shows, Sports (US only), Kids, Library, Search and Settings feature on the bar.

With the bar, you can access all the TV shows and movies you’re currently watching on the Apple TV. This enables you continue from where you stopped.

Watch Now also recommends what to watch. The recommendations are as a result of algorithm and human editors proposing new shows based on what you’ve watched.

You can never go wrong with an Apple TV!