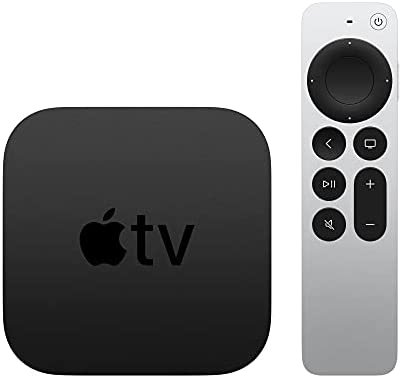 Find out all the ways you can watch Apple TV+ on a Samsung Smart TV.

Streaming Apple TV+ on a Samsung Smart TV defines entertainment with class, and we’ll be looking at the ways you can comfortably set it up in this article.

The most recent Samsung Smart TVs have Apple TV pre-installed.

You just go to your Samsung Smart TV home display and launch the Apple TV icon.

You’ll be prompted to log in with your Apple ID and you can create a free Apple ID here if you don’t have one.

You can see all streaming Shows, Epic movies, and available channels at the ‘watch now’ tab of your Samsung TV.

If you’re using a model earlier than 2019 (2018 and older Samsung Smart TVs), you won’t find the Apple TV app on your Samsung TV home screen.

If that’s the case, you’ll need to download the Apple TV app from the Samsung TV app store.

There are other ways to do it for those who can’t get the Apple TV app downloaded on their Samsung Smart TV.

2. Get an Apple TV Streaming Box

Apple TV 4K HD devices come with a Siri remote for automated voice commands. Plug in your Apple TV box to the Samsung Smart TV using an HDMI cable, and you’re all set. The Apple TV box works for all Smart TVs with an HDMI port.

Other digital streaming media to get Apple TV+ to include Roku TV box and Amazon Firestick.

Streaming Apple TV+ on a laptop PC (or MacBook) is convenient for mobility. You can follow up on your favorite shows and series regardless of your location, either at home or in the office.

Sync your PC/MacBook with a Samsung Smart TV using an HDMI cable and the fun continues. Ensure you change the Samsung TV’s input to HDMI to view Apple TV+ as you Stream it from the laptop.

A good thing about your PS4 or PS5 console is that it can be used as a digital streaming point to download the Apple TV app.

If you can’t find the Apple TV app on your PS 4/5 console, consider updating the firmware.

There’s a reason the Xbox Series S/X restock sold out in 2021; people can’t get enough of the entertainment.

The good news is, you don’t need an Apple TV box or Roku TV to stream Apple TV+ on Samsung Smart TV if you already have an Xbox console.

Apple TV app is available on Xbox One, Xbox One S, and Xbox Series S/X consoles.

Screen mirroring is available in all Smart mobile devices like Smartphones (android or iOS), iPad/Android tablets, and even PC laptops.

Screen mirroring on an iOS mobile device is possible by turning on Airplay settings.

For Android devices, Miracast or Google Chromecast will do.

If you’re using a Samsung mobile device, set up the Smartcast app.

The process is generally the same.

We’re sure you’ve found a solution that meets your needs; let us know in the comments section.