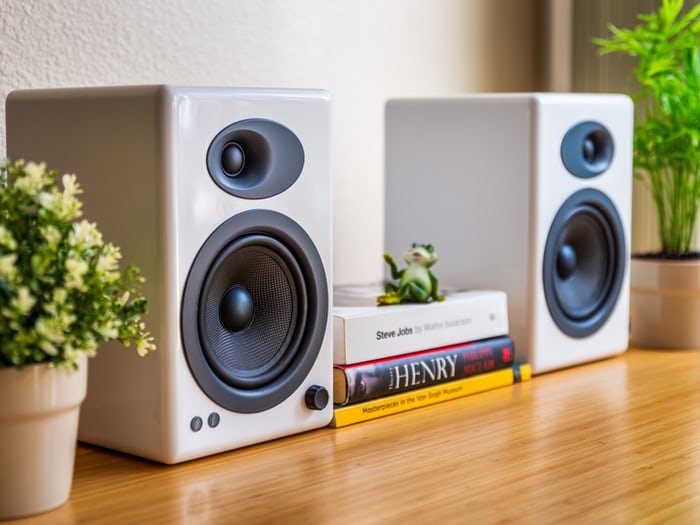 The television experience is not complete without an excellent sound output. Sad to note, many of the televisions are not built to give users that desired sound system.

You don’t have to cope or put up with the substandard audio output of your television. The best way to improve the internal audio dexterity of your television is to find an alternative sound system that will bring out the best audio to give you a fantastic listening experience.

There are several ways you can connect speakers to your Samsung television. However, we will explain the three best options that are available.

If you are not satisfied with the audio output of the internal sound system of your television, read this article to the end. It will give you the needed information on how to improve your sound system.

How to Connect Speakers To Samsung Television

To connect your Samsung television to speakers, you can use the following methods:

Using the RCA connection is no doubt the easiest and less technical. All that is needed is to connect the Samsung television stereo outputs to the speaker you want to use to project sound output.

Grab the speaker cable, connect it to the Samsung television audio output. The audio output spot is usually found at either the back or side of the television. You only need to identify where the one for your television is located. Consult the television manual if you find it challenging to locate it.

Connect the other end of the RCA cables to your speaker. It could be a home theatre, soundbar, or any audio system you want to use.

Switch on the Samsung television and follow the series of instructions displayed to establish the connection.

Click on the input on the audio system. By doing this, you should hear sound coming from your television on your external sound system.

Also, you must ensure you are using the HDMI 1.4 cable or something higher to connect successfully. Lastly, you need to switch on the ARC HDMI feature on your television to establish a connection between the tv and the external audio system.

To switch on the ARC HDMI feature on the Samsung television, follow these simple steps:

When the settings features come up, locate General Menu, click on it, select External Device Manager, click on it.

It is important to note that the ARC HDMI feature on Samsung television is regarded as Anynet+. Click on the Anynet+ (HDMI-CEC) icon when it pops up on your television screen. Press the enter button on the remote to turn it on. You can also use this same button to turn this feature off when you consider it necessary.

3. How To Connect Speaker To Samsung TV using ARC HDMI

If you have turned on the ARC HDMI feature on your Samsung television, turn off your tv and the external audio device.

Samsung television is at the top of its game to ensure that proud users of their television get the best deal. Little wonder the tv comes with great super features and excellent functionalities.

Follow these simples steps to connect your television to an external sound system.

The television will scan and display a list of devices that can be connected to. Click on your external sound system. Ensure that the Bluetooth of the tv and sound system are both enabled.

Click on the pair and connect icon. Wait for a few seconds for a response from the sound system. You may need to bring the sound system close to the television to ensure that the connection is not distorted.

Click on Ok when the two devices have paired. Once a connection is established, you can use the sound system to project sound from your television.

How Many Watts Does A TV Use?

How to Hang a TV Without a Mount