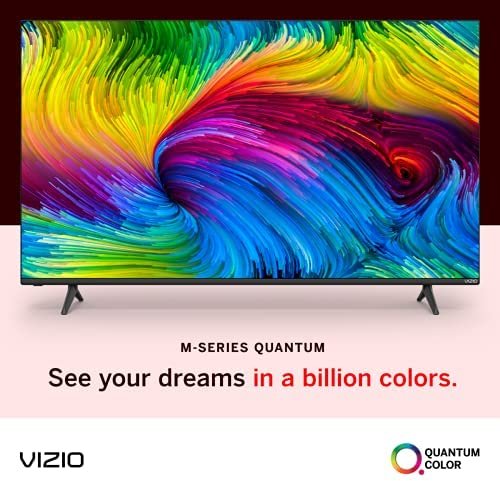 We can no longer ignore the value of Vizio Smart TVs in the highly competitive Smart TV market because of their strong consistency in innovative upgrades and sleek designs over the years.

However, what surprises many users is the price of a Vizio Smart TV today. A lot of sceptics have observed that the prices of VIZIO Smart TVs don’t add up to their performance capabilities, especially when compared with their close competitors.

Vizio Smart TVs are among the cheapest in the market today. Take, for instance, the VIZIO 65″ 4K UHD Smart TV.

It comes with full HDR 10+ Dolby Vision functionality with HDMI 2.1 support that can clock data transfer speeds up to 48 Gbps.

This Smart TV comes with inbuilt low latency Gaming capabilities and is currently sold on Amazon for only $454.16.

You can compare this with the Samsung’s equivalent, the Samsung 65″ class UHD 4K TV with inbuilt Alexa, selling on Amazon for $636; and Samsung 55″ curved SUHD Quantum Dot Smart TV, which goes for $3,300 (used).

We’ve seen a consistent decline in the prices of Smart TVs recently, but this article explores why Vizio Smart TVs are much cheaper than others.

Why are Vizio Smart TVs so Cheap?

Such thinking led to the announcement of the ‘Vizio Watch Free TV‘. Vizio Free TV is a network of over 100 local and foreign TV channels with thousands of movies, series, sports events, news updates, comedy and lifestyle, and family entertainment, available to watch for free.

The production costs of Electronics, including Smart TVs, has reduced drastically over the years.

Most Smart TV makers are beginning to employ the use of robots to cut down production costs.

Companies like Sony have already succeeded in cutting down up to 70% of production costs using robots, and others aren’t so far behind.

In the 4th Quarter of 2021, Vizio reported a 74% increase in ad-generated revenue, amounting to 195.1 Million Dollars.

Like other Smart TV makers, Vizio has come to realize the potential in driving revenue from ad-services targeted through Smart TV screens, more particularly since the announcement of the over 15 million active Smartcast users on Vizio Smart TVs in January 2022.

data collected while streaming favourite movies, shows, and channels, and selling to advertising and Media companies.

Vizio’s management team have announced that the revenue earned from data sales and Ad-Supported services doubled that of their direct product sales in 2021.

Although Vizio was slammed with a lawsuit for this back in 2017 that cost them almost $2 Million, the company has since changed their approach to a more direct method of Dynamic Ad Insertion (DAI).

You shouldn’t be surprised to see a notification informing you that VIZIO may track your TV streaming habit and other data shared with their ad partners.

While they’ve assured you, there’s no personal data collected, you can turn off the targeted ad services if you so wish.

With VIZIO taking the lead, we’re assured of even lower prices for the most advanced Smart TVs yet to roll out in the coming years.

How To Get AT&T TV on Smart TV