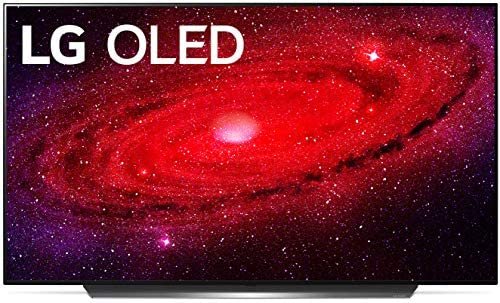 Modern Televisions are quite expensive, but they offer a wide range of features and functionality. Whether it is a Smart TV or not, you can’t compare the LG OLED tv with the older TV models like the CRTs. Considering the price at which the LG OLED TV is sold, you should be getting the best deal out of it.

LG OLED TV, like other televisions, comes with default settings. These settings might not give you the best features. That’s exactly why many users complain about poor picture quality when their LG TV is newly bought.

The television settings are adjustable to ensure that you get maximum benefits for the money you spent. For instance, if you fancy vibrant colors, you might not be pleased with the picture quality of the TV when it is newly bought. Don’t fret. You can continually readjust the settings to fit your need.

You should know that there is no one optimal setting for LG OLED TVs. A whole lot is dependent on the user’s preference, where the LG TV is mounted, room lighting, the purpose of optimisation and much more. However, we’ll go over the main factors to help you achieve the best settings for your LG OLED Tv.

How to Optimise LG OLED

This review highlights some of the things you can do to optimise the settings of your LG OLED tv.

The problem with positioning the television is that most users want to place the tv close to a power source. By doing this, they can easily plug the tv into the power source.

One thing that is important to note, pictures are transmitted invariants. Depending on the angle from where you are viewing, you are most likely to see different picture output.

For instance, someone standing directly in front of the television will see the pictures clearly than the position viewing from an awkward angle.

This explains why the television must be appropriately positioned at a spot that will eliminate blurriness when viewed from different angles.

Good television is all about pictures and sound. OLED TV offers a fantastic picture quality with astonishing sound output. The picture settings of an OLED LG TV allow you to increase the brightness, adjust the contrast, and many other things. This segment will highlight some picture settings on the LG OLED TV that you can use.

It is, however, essential to note that all these settings are not tailored made for all cases. There are times that you might need to increase the brightness of the LG television. There are times that the contrast that would require adjustment suit your needs. In essence, optimal picture settings will actually be based on your preference.

Contrast affects the picture quality of the television. It is the ratio that differentiates tones in an image. You can increase the contrast on a scale of 1 to 100. The closer to 100 the higher the contrast. You should know at what point to increase and decrease the contrast based on your preference.

Sharpness affects the overall clarity of a picture on television. The focus and contrast of the image should be fine-tuned to the best level, to give you a crystal clear picture.

The colour output of an image on television is influenced by light. The entrance of light brings out a top-notch colour. You can increase or decrease the colour of the television. On a scale of 1 to 100, the colour becomes deeper the closer it gets to 100.

You can change the colour temperature from cold to warm.

Superb picture quality with the despicable sound system doesn’t go well. It would be best if you got fantastic sound output from your television. Unfortunately, most modern-age Televisions are built with tiny speakers. You will need to enhance the sound production by getting an external sound system. You can check out some of the best sound systems online.

To connect the external sound system to the television, read this.